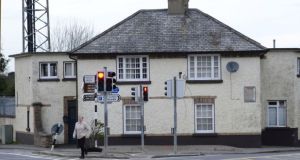 Maurice Buckley, chair of the Office of Public Works confirmed Stepaside is expected to reopen next June. Photograph: Cyril Byrne

About €1.5 million will be spent on refurbishing Stepaside Garda station while five other stations will be allocated a maximum of €1 million between them, the Public Accounts Committee (Pac) has been told.

Maurice Buckley, chair of the Office of Public Works (OPW), confirmed Stepaside is expected to reopen next June, as part of an overall €2.5 million works package.

It will mark the culmination of efforts by Minister for Transport Shane Ross, for whom the station’s reactivation was a key demand for entering government.

“Some [of the six stations] are proceeding, some are relatively easy to reopen. None of them are approaching the scale or cost of the Stepaside station,” Mr Buckley told the committee on Thursday.

The breakdown of funding was raised by Fianna Fáil’s Marc MacSharry who reminded the OPW that gardaí had previously said the reopening of Stepaside was not a priority.

It has remained probably the most prominent of 139 stations that closed between 2012 and 2013, thanks in large part to the efforts of Mr Ross.

Earlier plans to replace the former Garda station with prefabricated building were reversed in favour of refurbishment.

In a statement this week, Mr Ross welcomed the decision to maintain the original building.

“There is no need for a modular building on the grounds. This is something that the residents of Stepaside and surrounding environs have spent years fighting for,” he said.

Elsewhere, the OPW confirmed that a site had been secured for a station in Sligo, the last of three required for a “bundle” outside Dublin to proceed. Work can now progress on those projects, which include Macroom, Co Cork and Clonmel, Co Tipperary.

1 Covid-19: Taoiseach warns of restrictions in Ireland’s cities as hospital cases pass 100
2 Covid-19 cases higher in areas with large proportion of renters, CSO says
3 People asked not to cross Border as Donegal prepares for Level 3 restrictions
4 How Finland kept Covid-19 in check and protected its economy
5 Aer Lingus staff say they are living in ‘near poverty’ and unable to cover rent
Real news has value SUBSCRIBE