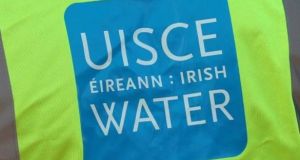 The Government paper sets out a plan for Irish Water to separate from the Ervia Group in 2023.

The country’s largest trade union, Siptu, has told the Government that its members working in local authorities will not be forced to move to Irish Water and the issue could lead to industrial action.

The union said that it told the Minister for Housing and Local Government Darragh O’Brien on Tuesday that it would not accept any situation which saw staff in local authorities being forcibly transferred to a new Irish Water utility.

It was reacting to the publication on Tuesday of a policy paper approved by Cabinet on the future of Irish Water, setting out a plan for the utility to separate from the Ervia Group in 2023.

The policy paper, Irish Water - Towards a national, publicly-owned, regulated, water services utility, sets out the Government’s plan to have Irish Water take responsibility for “day to day operation and delivery of water services into its own organisational structure” in place of the current service level agreements, on a phased basis.

The report also notes a “strong commitment” by the Government to public ownership of water services and “sees no circumstances arising where any part of Irish Water would be placed in private ownership”.

“The concept of a referendum on ownership of the public water system has generated considerable interest. The Government believes this should be explored and progressed more fully,” it says.

Another aim of the strategy is to ensure local authorities are not left with “stranded costs”, where there are expenditure commitments without any income stream.

The current operating costs under local authorities are €532m per year, a level the report says can be reduced “whilst at the same time maintaining and improving services”.

The National Development Plan has committed to investment of €8.5 billion between 2018 and 2027. A further €41 million has been allocated to remedy various legacy issues such as lead pipes.

On an environmental note, the document acknowledges the “need for a strong policy and investment focus on protecting and restoring water-related ecosystems such as forests, mountains, wetlands and rivers”.

In a statement, Mr O’Brien said: “Today I am setting out the Government’s vision of how we want Irish Water to develop. We want Irish Water to become the workplace of choice for those local authority staff right across the country who are currently delivering water services on behalf of Irish Water.

“We acknowledge workers’ loyalty to their local authority and to their status as public service workers as well as their commitment to local service delivery. I am therefore asking that, through the aegis of the Workplace Relations Commission, management from Irish Water and the Local Government sector sit down with trade unions to develop a solution which allows us to move ahead with that world class public utility while respecting the concerns of local authority staff.”

Siptu said it had been briefed by Mr O’Brien on the policy paper in advance of publication.

The union’s public administration and community division organiser Adrian Kane said: “At the meeting, we informed the Minister that Siptu members will not accept any imposed solution on the future provision of water services nor will we accept a situation whereby staff of local authorities are forcibly transferred to Irish Water.”

He said the union had emphasised “that any proposed changes can only be achieved by agreement and that any deviation from the normal rules of engagement will result in industrial action”.

“We also reminded the Minister that there are a number of significant, outstanding industrial relations issues concerning water service staff in local authorities that need to be resolved before any negotiation process on his proposals can proceed.”

“In his response, the Minister accepted the unions’ position that solutions could not be imposed and that the timelines as provided for in the policy paper were intended to focus discussions rather than as rigid dates for the implementation of pre-determined outcomes. We also noted that the policy document did not refer to Irish Water as a commercial entity.”

Siptu sector organiser Brendan O’Brien said: “Since the foundation of the State, our members have a long and proud history of working in local authority water services. The chronic lack of investment in water infrastructure is the real crisis that needs to be addressed. This and other issues will not be resolved by the transfer of our members in the local authorities to Irish Water against their wishes.”