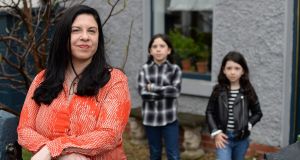 The use of reduced timetables in schools, where a child is not permitted to attend full days, is “one of the most significant children’s rights issues in the country”, the Children’s Rights Alliance (CRA) has warned.

Speaking at the publication of the alliance’s annual report card, where the Government is graded on its commitments to children’s rights, chief executive Tanya Ward said there seemed to be “vast numbers of children being put on [reduced timetables] with no oversight”.

The measure is imposed on children, often without the consent of their parents, by schools usually where they say they cannot manage their behaviour. It can mean a child is told to start their school day later than their peers, to leave earlier, or both.

Because the child is marked “present”, there is no record they have missed school, and as schools are not obliged to report their use of the measure to the Department of Education or to the education welfare section of Tusla, there is no data on how frequently and in which schools they are imposed. There is no appeal mechanism for parents.

The practice is particularly imposed on children with special education needs, Traveller children and, according to reports to The Irish Times, children from disadvantaged backgrounds. It has been highlighted as a potential violation of these children’s constitutional right to an education by the Oireachtas committee on education and by the Children’s Ombudsman.

Ms Ward said affected children were “missing huge portions of the school day... We have heard children as young as five being put on reduced timetables. It is going to change the course of your life. You won’t achieve your full potential. This is something that has to be addressed.”

Draft guidelines on how and when reduced timetables should be used, as well as details of how they would be monitored, were expected from the Department of Education next month, said Ms Ward.

It was crucial also that schools be properly resourced to support vulnerable children to fulfil their potential.

Overall, the Government achieved a C minus award from the CRA, an umbrella organisation of more than 100 groups advocating for children including Barnardos, Focus Ireland and the Migrant Rights Centre.

On early years education, a D was awarded, as progress on establishing the new childcare Ireland agency has been “slow”.

An almost 40 per cent decrease in family homelessness during 2020, albeit on the back of the Covid crisis which resulted in a freeing up of holiday lets for long-term rentals and a moratorium on rent increases and evictions, was welcomed.

“The Government must continue to build on the progress that was made in 2020 by adopting a preventive approach which prioritises development of long-term affordable and social housing stock,” says the report card.

“While we welcome the imminent publication of the White Paper on ending direct provision, we are calling on the Government to move quickly to ensure all asylum-seeking children and their families have own-door, child-friendly accommodation which upholds their rights,” it says.

“Children need to be put first and centre. Alongside older/vulnerable adults, they are the next biggest victims of our endless series of lockdowns.”