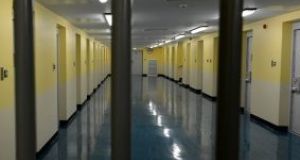 An Irish Prison Service spokeswoman said the Facebook group in no way reflects the views of the organisation. Photograph: David Sleator

The Irish Prison Service (IPS) is trying to get Facebook to remove an online group for prison officers on the basis that it contains racist and anti-Traveller material.

The IPS previously failed to have the group, which is independent of the prison service, removed by Facebook. The social media giant ruled the posts did not violate its community standards.

Following the appearance of several recent posts, including a graphic video of a black prisoner being mistreated by a white inmate in Mountjoy, the IPS is again trying to get it taken down.

In recent months there has been an increase in racist content being shared by some of the 670 serving and retired members of the “Irish Jailers, Warders and Buckets” group. Many of these followed the death of George Nkencho, the Nigerian-Irish man shot by gardaí in December.

One member used racist language about people protesting the shooting outside Blanchardstown Garda station while another said they “should all be deported”.

Posters also shared racist memes, including an image of an armed Liberian militiaman with the caption “Simon, 23, Balbriggan”.

Several posts are anti-Traveller in nature, including a car advertisement featuring derogatory language.

“The Irish Prison Service is aware of the private Facebook group and has reported this page to the community standards section of Facebook for review in the past,” a spokeswoman said.

She said the posts in “no way reflect the views of the organisation” and that it “has again reported the matter to Facebook who are examining the matter”.