Introduction of merit pay system would ‘not be for the faint-hearted’, study finds 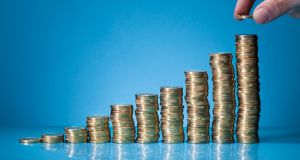 “This approach would move to a more equitable position of financially recognising performance.” Photograph: iStock

The payment of incremental pay rises for public service staff should have a greater link with performance, a high-level report commissioned by the Department of Public Expenditure has suggested.

It says, “perhaps somewhat controversially”, the question should be: is service-related pay an automatic entitlement?

“This question is especially pertinent in the absence of performance-related pay or any other form of merit pay. The present approach to payment in the Irish public sector is contingent on length of service, but perhaps that service should verifiably be of a satisfactory standard before an increment is awarded.”

It says while “not embracing performance-related pay as generally understood, this approach would move to a more equitable position of financially recognising performance”.

The report was commissioned by the Department of Public Expenditure last year to assist with research into various pay systems.

The department released the report in recent days in the aftermath of the conclusion of the new public service pay agreement.

Under an existing performance management system in the Civil Service, increments can be withheld in cases of unsatisfactory performance. A total of 0.25 per cent of civil servants received an “unsatisfactory” rating last year.

The Institute of Public Administration report says remuneration surveys indicate that merit pay, especially performance-related pay, is certainly applicable in a production-based private sector context. It says it is also growing in use and popularity in the public sector in other jurisdictions, particularly in the UK.

“For the Irish public sector to embrace merit pay (performance, competence or contribution),this would need to be determined by a readiness survey, and then the painstaking work of designing, implementing and maintaining a performance-related pay scheme begins.

“It would be a major human resource intervention and, in any case, can only be undertaken in an incremental way, closely monitored and assiduously evaluated. It is not for the faint-hearted and on balance unlikely to be feasible at this time.”

The Department of Public Expenditure said at the weekend it had commissioned a critical review of the applicability of the performance-related remuneration approach to the Irish Public Service, to be accompanied by a case study, to assist with its research into pay systems.

“Since the termination by government of the scheme of performance-related pay in 2009, such payment arrangements have not been sanctioned for civil servants or similar grades in other parts of the public service.

“With regard to the non-commercial State agencies, it is a matter of government policy that performance-related award schemes continue to be suspended on an indefinite basis. Access to such schemes is no longer included in the employment contracts for newly appointed CEOs or in contract renewals for incumbent CEOs.

“In 2013 the government reviewed the position on the payment of performance-related reward schemes or bonuses for CEOs in commercial State companies and confirmed the decision to omit provisions regarding performance-related awards from contracts of renewal or appointment in respect of the CEOs of commercial state bodies.”