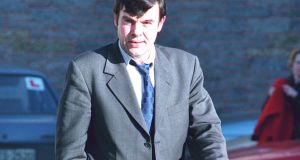 The retirement has been announced by the Courts Service of Kerry-based district justice James O’Connor, following a decision not to grant his application to stay on the bench for another year.

Judge O’Connor (66), who presided over District 17, has been on sick leave since January. He had been due to retire when he turned 65 last July, but he served an extra year “ as allowed under statute”, the Courts Service said.

Under section 2 of the Courts of Justice (District Court) 1949, a committee, made up of the Chief Justice, the President of the High Court and the Attorney General can by majority – and after consultation with the Minister for Justice – allow a District Court judge to remain in office until the age of 70.

They must also satisfy themselves as to medical fitness, under the provisions. Judge O’Connor had applied this year for a further year in office, and had gone for interview last week, but this was refused, it is understood.

The judge, a native of Glencar, near Killorglin, was appointed to the bench in 1998 by then minister for justice John O’Donoghue, a Kerry TD.

His first assignment was to District 18, where he covered the courts of Macroom, Millstreet and west Cork. In 2005 he was appointed judge over his native county, which included courts in Killorglin, Cahersiveen, Killarney, Tralee, Listowel, Dingle and Kenmare.

During his time on the bench in Kerry, his application of the court poor box in lieu of or in mitigation of conviction was widespread and much time was taken up with bids until the acceptable amount was given the nod.

Different offences attracted different contributions, but local solicitors understood the pricing system and knew the level to start with. Speeding “boy racers” regularly had to pay €3,000 to get leniency.

A minor cannabis possession would fetch €400-€500 for a strike-out. So much cash was being taken in at one stage, court clerks who had to count it and convey it to central offices raised security concerns.

In 2016 nearly €1.5 million was paid in poor-box donations nationally: Kerry alone accounted for €400,000 of that figure, and 90 per cent of the money collected went to a series of overseas charities.

Last year, following a motion debated by the Fianna Fáil mayor of Killarney, Niall Kelleher, the council sought a meeting with Judge O’Connor to urge him to give local charities a greater share. The meeting did not take place.

The Independent TD Michael Healy-Rae paid a warm tribute to Judge O’Connor, saying he was sorry he was retiring.

“I am very sorry to see Judge O’Connor going off the bench because, being from a rural community himself, he had a great understanding of the issues and the problems people had in life particularly coming from rural areas, be they rural isolation, unemployment, depression.

“When you have someone sitting in judgment of people, you need them to be able to look at the complete picture, and I believe that Judge O’Connor was very capable in that regard,” Mr Healy-Rae said.

He wished the judge and his family every good health and happiness in his retirement, the TD added.

Danny Healy-Rae, who had defended the use of the court poor box, also paid tribute to Judge O’Connor.