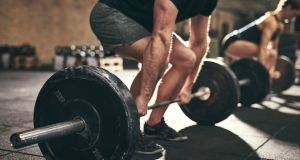 Anabolic steroids are now primarily known for their performance-enhancing use in sport.

The death of 18-year-old Luke O’Brien May is an unfortunate reminder of the risks of taking performance-enhancing drugs in the form of anabolic steroids.

Anabolic androgenic steroids have two main modes of action in the body: androgenic effects which can be generally considered as similar to testosterone (masculinisation) and anabolic effects – those associated with protein building in skeletal muscle and bone.

They are a separate group of hormones/drugs to corticosteroids, a different type of steroid in more common use in medicine for the treatment of asthma and in the management of severe allergic reactions.

While anabolic steroids are now primarily known for their performance-enhancing use in sport, stanozolol has a specific indication in the treatment of hereditary angiodema – a sudden and massive swelling of the tongue and airways. There is also renewed interest in stanozolol as a potential treatment for muscle wasting and weight loss associated with chronic disease.

However, stanozolol is the drug associated with some famous doping incidents in sport. Canadian Ben Johnson’s victory in the 100m at the 1988 Olympics was reversed after he was found to have run with the benefit of the performance-enhancing drug in his system. Records of the doping programme in the former German Democratic Republic confirmed its widespread use in athletes.

The individual hazard to a person’s health as a result of taking stanozolol is dependent on their sex, the dose, and the duration of administration. Individual susceptibility to androgen exposure is thought to be linked to genetic factors, age and lifestyle.

The main side effects of stanozolol include fluid retention, liver damage-hepatitis, jaundice, and abnormal liver function tests occur at relatively low doses – and a risk of developing liver cancer.

In females the use of anabolic steroids may result in a deepening voice, hirsutism, acne, enlargement of the clitoris, and menstrual abnormalities.

Blood clotting factors are also interfered with, while anabolic steroids can have a negative effect on electrolyte balance and calcium excretion.

Congestive heart failure may occur, while there is a significant increase in the levels of LDL (bad) cholesterol in some people taking performance-enhancing drugs.

It and other anabolic steroids are readily available on the internet. There is a culture of invulnerability among some adolescents, which when combined with the online influence of “steroid gurus” can easily portray a false sense of security in those using the drugs.

The situation is not helped by how little outward bodily alteration is associated with certain products: enlargement of the male breast, severe acne and hirsutism are not usually seen. Indeed the abuse may only be detectable on physical examination by a doctor or by testing urine for traces of the drug.

Another major risk in purchasing anabolic steroids online is that they may be adulterated with other harmful substances which pose a separate risk to health.