Judge jails crash motorist who ignored appeals to slow down 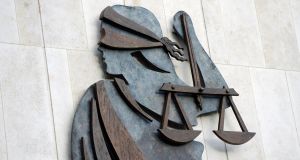 A drink-driver (21) involved in a crash that seriously injured one of his passengers had to receive a custodial sentence for dangerous driving as he had ignored appeals from his passengers to slow down, a judge has said.

Ciaran Fitzpatrick of Woodleigh, Lehenaghmore, Togher, Cork, was sentenced to four years with the last three years suspended for dangerous driving causing seriously bodily harm to Niamh Bruton at the Well Road in Cork city on 3am on August 10th, 2016.

Judge Sean Ó Donnabháin said there were a number of aggravating factors in the case that meant it merited a custodial sentence and said it was at the higher end of the scale for offences of this type as he imposed the prison term backdated to July when Fitzpatrick was remanded in custody.

“The driving was dangerous, he failed to respond to requests from within the car to slow down; he was drinking, he was speeding, he had no insurance. He was doing all the things that make young people dangerous on the road,” said Judge O Donnabháin.

Fitzpatrick, a music student. also pleaded guilty to having no insurance or driving licence, and although he wasn’t charged with a drink-driving offence, reference was made in evidence to the fact he had been drinking heavily on the night before crashing his Ford Mondeo on the Well Road.

Garda Orla Leahy said she found the Mondeo crashed with Ms Bruton slumped on the footpath and Fitzpatrick talking to her but that she was unresponsive. Fitzpatrick first claimed they were struck by a taxi that sped off but later admitted he was driving the Mondeo and no other car was involved.

The court had previously heard in a victim impact statement from Ms Bruton how she had she essentially lost a year of her life, including missing her grandfather’s funeral, after sustaining serious injuries in the crash and that she was still on a strong medication to manage her pain.

“As a result of this accident I spent nearly four months in CUH and Tallaght hospital and almost two weeks in intensive care for life-threatening injuries such as a shattered pelvis, severe liver laceration, broken neck and smashed jaw,” she said.

“As a 21-year-old girl I am unable to do many of the activities a girl of my age should be able to do. I still cannot accept that I will never be how I was before because of this accident. I will also need major surgery within the year and hip replacement. There’s still more pain to come.”

Defence counsel Elizabeth O’Connell SC said that after Fitzpatrick’s initial denial, he was totally co-operative with the Garda investigation. She pointed out he had no previous convictions as she pleaded for leniency for her client as he looked after his wheelchair-bound mother.

Noting Ms Bruton’s upset that the accused had not apologised to her after the crash, Ms O’Connell said Fitzpatrick had been advised while receiving treatment himself in hospital not to approach her but he had since been in communication with her and wished to publicly apologise in court.

Fitzpatrick took to the witness box and repeated his apology to Ms Bruton for his actions on the night and all the pain and hurt that he had caused her as a consequence. “I would like to apologise about it - the impact on Niamh’s life,” he said.

“The victim herself says to the court that Mr Fitzpatrick has grasped (the seriousness of it and his responsibility) and he has suffered. Her view is not determinative but it should have some weight. And society can and does recognise mercy,” said Ms O’Connell.

Judge Ó Donnabháin said he accepted that Fitpatrick was very genuine in his remorse and apology while his guilty plea had saved Ms Bruton the trauma of having to give evidence in a trial situation and that these were mitigating factors as was his lack of any previous convictions.

Nonetheless, he said it was a serious offence and there were aggravating factors including that he had failed to slow down despite appeals from his passengers to do so and he had to mark the seriousness of the offence in imposing the four-year term with three years suspended.