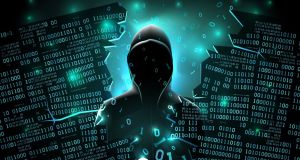 A 51-year-old man has been jailed for six years for conspiring to possess an explosive substance, a firearm and ammunition.

He was arrested following an undercover operation by gardaí after they were tipped off by the FBI of an attempt to buy illegal items on the Dark Net.

Thomas Bates, with an address Abbey Street, Cahir, Co Tipperary, was convicted by a jury at Clonmel Circuit Criminal Court in May of three counts conspiring to possess a firearm, an explosive substance and ammunition between October 24th and November 10th, 2017.

Bates had been remanded in custody by Judge Tom Teehan for sentence on Friday at Clonmel Circuit Criminal Court.

Det Supt Michael Gibbons of the Special Detective Unit told the court gardaí had been contacted by the FBI in 2017 after one of their undercover officers, known only as Agent Peter, had set up a shop front on the Dark Net in order to see what illegal items were being sought.

He said that Agent Peter uncovered attempts by someone in Ireland to buy firearms, ammunition and explosives online in September 2017 and an operation was put in place between the FBI and the Garda to try and find out more about who was seeking the items.

Agent Peter of the FBI reached an agreement with the person in Ireland, who was using the moniker Snow4, that a gun, 30 rounds of ammunition and two hand grenades would be supplied for a price of $800, which was paid in Bitcoin.

A controlled delivery took place to an address at the Green Door, Abbey Street in Cahir on November 10th2017.

Three packages were delivered by an undercover garda to the address. They contained a decommissioned Glock minus a magazine, 30 rounds of dummy ammunition and two inert hand grenades, with all items having been made safe and incapable of use prior to delivery, he said.

The packages were addressed to a Tim Bates of the Green Door, Abbey Street in Cahir. When they were delivered, Thomas Bates signed for them, saying that Tim Bates was his son and that he was in hospital. It was later established his son was not named Tim and lived in Liverpool.

Gardaí continued to maintain surveillance on the house and at about 2.30pm, Bates was seen leaving the premises with another man, Nigel Gartland.

They were arrested by gardaí who found a bag at the gateway containing the weapons .

They also found a fire in the back garden of the house where packaging from the three packages had been burnt.

During Bates’s subsequent trial, evidence was heard how Snow4 - who was not Bates - sent further messages to Agent Peter on the Dark Net.

These included messages “They landed, bro, happy days’, I’ll have them this evening” and contained information that could only have come from a person who saw the packages. This suggested Bates, as the man in the house, was involved in opening the packages and saw their contents.

Both Bates and Mr Gartland, with an address at Knocklofty Heights, Clonmel, Co Tipperary went on trial in May at Clonmel Circuit Criminal Court.

Mr Gartland was found not guilty by direction of the judge and the jury convicted Bates of three offences following a two week trial.

Det Supt Gibbons said Bates was a native of Liverpool but had been living in Tipperary for a number of years and his father, who wasfrom Tipperary, was now in a nursing home in the county.

Bates was estranged from his wife who lived in the Liverpool with their 15-year-old son.

Bates had a number of previous convictions both in Ireland and the UK, including one for actual bodily harm. He also had a conviction in Spain from 1994 when he was sentenced to eight years in jail after he was found guilty of intent to supply drugs.

Det Supt Gibbons confirmed to defence counsel Kathleen Leader SC that Bates was not the person who had been in touch with Agent Peter on the Dark Net and he also agreed with her that Bates was not “the controlling mind” behind the entire plan.

Ms Leader pleaded for leniency for her client, saying the only previous conviction of any major significance was the one from Spain and that was 25 years ago and as such should not carry the same weight that it would if the conviction was more recent.

He accepted that Bates was not the main figure behind the plan to import the firearm and explosives but he nonetheless had an important role to play and he believed the appropriate sentence was seven years.