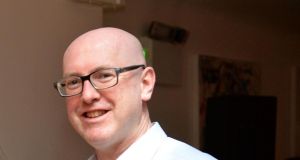 The organisation that represents the publishing industry in Ireland has said the non-payment of authors is not widespread in the books trade.

Liberties Press publisher Séan O’Keeffe has admitted a lot of authors and a small number of former staff have not been paid. He has apologised and said that the best way for them to get their money is for him to continue in business.

It follows an investigation by The Irish Times in which 11 authors and three former members of staff came forward to say they had not been paid what was owed to them.

Liberties Press is no longer a member of Publishing Ireland, the chairwoman of which Ruth Hegarty said the non-payment of advances and royalties to authors is not commonplace within the industry.

Where money is due “our preference would be to try and resolve it in a spirit of mediation rather than through adversarial procedures,” she said.

Literary agent Jonathan Williams said Liberties Press is unique and that other publishers pay even if they are going through a difficult period.

“I have never encountered this with any other Irish imprint. We are very tolerant if a publisher is in difficulty and are disposed to give them time to set their affairs in order,” he said.

Penguin Ireland managing director Michael McLoughlin described Liberties Press as an “outlier” at a time when book sales are recovering after the recession. Physical book sales are up 20 per cent this year.

“To date, I have yet to hear from an artist to say they have not been paid by this publisher [Liberties Press],” she said.

The Arts Council said its Making Great Art Work strategy, which will establish how it will operate over the next decade, includes closer monitoring of payments made to artists.

“There is a body of work to be done in here to ensure that actually happens,” she said.