Investigations staff at Department of Agriculture cut from six to two 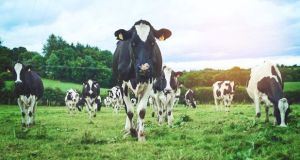 The changes follow a number of recommendations made as part of a review of investigations and prosecutions within the Department of Agriculture. Photograph: iStock

The Department of Agriculture has denied downgrading its investigations division despite the number of investigators working in it being reduced from six to two.

The unit has been involved in investigating breaches of animal health rules, animal welfare cases and public health matters across the State, and secured a number of high-profile convictions over the last number of years.

However, four of the most senior investigators in the division – two vets and two agricultural inspectors with some 70 years of experience between them – were last month informed they were being transferred to other duties, leaving the unit with just two investigating officers.

An informed source said the unit was losing experienced investigators who had developed contacts and intelligence on criminal activity in agriculture over the years. They also had experience presenting evidence in court when prosecuting cases.

“The review argued for a core group of highly-skilled and trained investigators to carry out any type of investigation to the standard required for court and it proposed a team of 14 investigators going forward,” the source said.

“How can you square that with reducing the number from six to two?”

The review recommended that investigators work in pairs or larger groups particularly in the initial stages of an investigation such as the execution of a search warrant and reducing the number of investigators to two makes this impossible, they added.

According to the source, special investigations will now be carried out by district veterinary officers (DVOs) rather than the investigations division.

The State’s 15 or so DVOs do have experience in the areas of animal welfare prosecutions, such as prosecutions for breaches of TB regulations, but might find it more difficult to investigate farmers if they encounter them on a regular basis.

The source also said DVOs are extremely busy carrying out animal welfare inspections and checking to ensure all TB tests are done and may not have the time to perform more detailed specialist investigations.

However, this has been disputed by the Department of Agriculture which said hundreds of its staff carry out thousands of inspections and investigations into agricultural matters each year.

“This inspection/investigative capability is supplemented by a central investigations division,” the department said.

It said the investigations division’s remit is to carry out investigations and enquiries across all areas of the department and to provide assistance to other divisions in relation to potential fraud and other illegalities and irregularities.

“The team is multidisciplinary and the mix of staff expertise and backgrounds in the staffing complement reflects the nature and focus of the work.There are no plans to reduce the staff numbers in the division,” the department said, in response to questions from The Irish Times.

Asked about the transfer of four investigators, it said “any apparent reductions are temporary anomalies which arise where staff are moving from one role to another”.