Controversial tampon ad ban by advertising watchdog could be reviewed 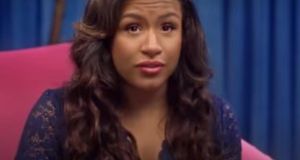 A screengrab from the Tampax ad that was banned by the ASAI.

The Advertising Standards Authority for Ireland (ASAI) has signalled that it could review its controversial decision to uphold complaints from members of the public about a TV ad for tampons.

The advertising watchdog has also revealed that the number of complaints it has received about the advert for Tampax products is almost double the original number stated – 150 rather than 80.

It noted that 83 per cent of complaints about the ad came from women.

The “Tampons and Tea” ad, which featured a light-hearted discussion in a TV studio setting on how to use tampons, was banned by the ASAI after it ruled that the commercial had caused widespread offence based on the relatively high number of complaints made about it.

The ASAI said at the weekend that complainants in relation to that decision could seek a review of its findings.

The ASAI had previously posted a message on its website on Friday, which was subsequently removed, stating that there was no mechanism to have any of its decisions appealed.

Under the ASAI code, parties have 21 days to seek a review of a decision, with advertisers required to pay a fee of €5,000 for such an application. The fee for a general complainant seeking a review is €30.

A review panel can then decide to refer the issue back to the ASAI’s complaints committee for reconsideration.

The ASAI has also removed a request asking the public not to contact the ASAI about the Tampax advertisement.

Instead, the authority said it would now “fully review” all email comments received after the adjudication had been published.

The ASAI said it had upheld the complaint that the ad had caused general offence because of the volume of complaints it had received, which the ASAI said was “indicative of consumer sentiment”.

The ASAI did not uphold claims that the ad for the Procter and Gamble brand was demeaning to women, contained sexual innuendo or was unsuitable for children.

Several complaints took issue with phrases used in the advert, including “you gotta get ‘em up there girls” and “not just the tip, up to the grip”, which they found to be vulgar, embarrassing, and crude.

Some of those complaining said they found the language used to be “overdescriptive, inappropriately expressed and with excessive detail”, the ASAI said.

Other complaints said the advert was demeaning and belittled women by implying they might be ignorant on how to use tampons correctly.

The authority said it continued to receive a high volume of correspondence about the ad and the number of complaints about it eventually totalled 150.

“It was clear to the ASAI executive from reading the complaints that there was a diverse range of demographics covering gender, age and family circumstances [involved],” the ASAI said.

The authority said such a level of complaints was “significantly higher to those normally received”.

Only seven advertisements had been the subject of 60 complaints or more since January 2016, according to the ASAI.

It said it had received almost 8,000 complaints in relation to more than 5,200 advertisements in that period.

The ASAI said advertisements that had been found to be in breach of its code could be published again if amendments allowed them to become compliant.

An ASAI spokesperson said it had issued Sunday’s follow-up statement “to provide further clarity on the decision” given the range and nature of the queries it had received about the ad.