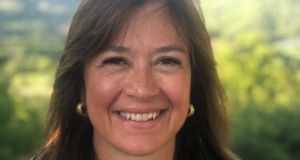 Daisy Goodwin: ‘The Irish don’t need anyone to tell them about the Famine, but the English do’

Daisy Goodwin’s ancestor, the Church of Ireland clergyman in Schull, Robert Traill spent most of his savings on Famine relief in 1846, before dying of typhus a year later.

Last year, his great-great-great granddaughter, Daisy Goodwin brought the story of the Famine to more than seven million viewers in an episode of the ITV drama, Victoria.

“He wasn’t at all perfect, but when it came to it he sacrificed everything for something that he believed in,” says Goodwin, who speaks this weekend at the West Cork History Festival in Skibbereen.

“Robert Traill had been a fervent evangelical Protestant in the 1830s, but when the Famine started he felt he had to do something about it. He wrote very impassioned letters which have incredible biblical language.”

As the rector in Schull, Traill set up soup kitchens that helped many of west Cork’s starving population, while writing ever-more urgent letters to London appealing for aid.

In one letter to Westminster, he wrote: “I would not wish, were it possible, that one starving creature would leave my door without something to allay the cravings of hunger”.

Traill’s story, played out by Line of Duty star, Martin Compston, shocked British viewers with the raw, uncompromising portrayal of the Famine in an episode, titled Faith, Hope and Charity.

The episode prompted debate in Britain about the lack of knowledge now held about the Famine, “a piece of history un-taught in schools”, in the words of one commentator.

Portraying the British government led by Charles Russell as morally bankrupt and neglectful, Goodwin argued that leading official Charles Trevelyan – “an arch-villain” – had propagated a dehumanising picture of the Irish.

“What is really scary is the cold-blooded Malthusian logic that this was basically natural wastage. That it was part of the natural cycle of life and there was nothing you could do about it. You realise how easy it is to dismiss real people as ‘the other’.”

Such gaps in historical knowledge are affecting relations between Ireland and the UK today, Goodwin believes, saying that a lack of “respect” for Ireland is undermining progress in the Brexit negotiations.

“I don’t think you can really understand even what’s going on in Ireland now without understanding the Famine,” she says. “The Irish have become a thorn in the Brexiteers side. I wonder if enough respect is shown to Ireland, there are Tory politicians who have somehow picked up some of those 19th-century attitudes.”

This ignorance, she believes, is down to a lack of education at school level about Britain’s colonial past in Ireland. Indeed, Irish history as a whole is very rarely taught in English schools.

“Most people only learn about the second World War,” Daisy says. “We never really go further back than that. The Irish don’t need anyone to tell them about the Famine, but the English do. There needs to be a rethinking in our attitudes towards Ireland.”