HSE and Tusla to review facts of foster care case

Young woman remained with family after historical allegations made against carer 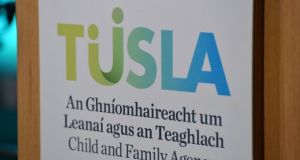 The review of the “Mary” case will be conducted by the HSE and Tusla. File photograph: Alan Betson

A case where a young woman with disabilities remained in foster care despite an historical allegation of abuse being made against her carer is to be reviewed by the HSE and Tusla.

“Mary” reportedly remained in her foster care placement in the Cork region after an allegation of abuse was made by a member of a foster carer’s extended family.

Two children were also in the care setting at the time of the allegations becoming known.

Minister for Children and Youth Affairs Katherine Zappone and Minister of State with responsibility for Disability Finian McGrath announced the review on Tuesday.

The Ministers said it was important to stress that the allegation of abuse did not involve the children and young adult in question.

The independent review, with support from a senior manager from the HSE and Tusla, both of whom work outside the Cork region, will be conducted over six weeks. It will have access to all records held in the case and the case review will be published.

According to the terms of reference, the purpose of the review is to establish the full facts of the case; consider, in particular, issues of safeguarding and risk assessment in respect of this case; set out findings in this case with regard to risk, safeguarding and best practice; identify specific and general issues to inform any necessary learning having regard to best practice in managing risk and interagency engagement.

The timeframe of the review will have particular reference to the period from January 2014 (when an allegation of abuse was brought to Tusla’s attention) to February 2016 when the decision was made to remove the service user from the former foster family home to a full time residential placement.

1 Shops, hairdressers and hotels expected to reopen next week
2 Stir-crazy Dutch holidaymakers set to descend on Caribbean island
3 Joe Biden does not want to see guarded Border in Ireland after Brexit
4 Canary Islands struggle to cope with dramatic surge in migrants
5 Miriam Lord: Unity and common purpose in spades but not for Covid fight
Real news has value SUBSCRIBE