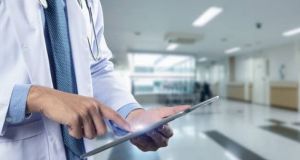 Under the Government proposals the transfer of consultants to the public-only system will apply for three months. Photograph: Getty Images

Hospital consultants are to be offered three-month contracts under plans to bring private hospitals into the public health system for the duration of the current coronavirus crisis.

Talks were continuing on Sunday night aimed at allowing patients and clinical staff to move seamlessly between existing public and private facilities to receive care during the Covid-19 pandemic.

The Government also wants to move all medical consultants to contracts which permit them to treat only public patients as part of the initiative.

Hospital consultants already in the public system would be transferred on a temporary basis to the existing “Category A” contract in place for those medical specialists appointed after October 2012 when lower remuneration rates were introduced.

Consultants working in the private sector would receive a locum Category A contract.

The proposed temporary contracts suggested by the Government would have lower pay than the Sláintecare contract put forward by Ministers before Christmas which offered salaries of up to €250,000.

Under the Government proposals the transfer of consultants to the public-only system would apply for three months.

The Government would also under its proposals provide indemnity to both doctors and private hospitals as part of the proposed new arrangement.

As part of the proposals private hospitals would not be permitted to undertake any private work for the duration of the agreement with the State on dealing with coronavirus.

It is understood that the State suggested providing a grant to private hospitals equal to the full recovery of their costs, but not profits, for the duration of the agreement.

Separately the State-owned health insurer VHI – the largest in the Irish market – has advised subscribers that it will give back to them savings it generates as a result of the proposed ending of many types of care they can receive in private hospitals.

In a message to subscribers, acting VHI chief executive Declan Moran said: “As part of the national effort to address this growing public health crisis, the private hospital network is entering into an agreement to provide capacity to the public health system so that there is one single health system during this crisis to meet the healthcare needs of everyone. We believe that this is the right decision at this time and fully support it.”

He said the company understood that this would change the nature of the services that it could provide to subscribers.

“As the only not-for-profit organisation in this sector VHI exists solely to meet the needs of our customers. After 63 years in business this has always been our priority, and we have a strong track record in this regard.

“In previous years when we had a reduction in claims we returned that money to our customers. We now give you a commitment that we will do that again.”

It is understood that VHI and other insurers are waiting to see the details of the proposed agreement between the State and private hospitals to determine its implications.

1 Larger retail stores to reopen on Monday ahead of schedule
2 Donald Trump is in trouble, and that could spell very bad news
3 O’Doherty and Waters ordered to pay legal costs of case against State over Covid-19 laws
4 Taoiseach says €350 pandemic payment to be cut for some part-time workers
5 Coronavirus: Ireland has higher per capita death ratio than US, study finds
Real news has value SUBSCRIBE