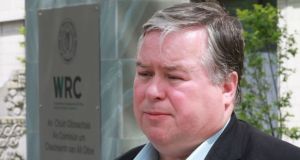 A planned strike by home helps in Dublin scheduled to take place on Friday has been called off.

However, stoppages in a number of other State-funded organisations providing health and social services -- known technically as Section 39 bodies – are to go ahead in a dispute over pay restoration.

Agreement was reached on Thursday between the HSE and the trade union Siptu regarding the restoration of pay which was reduced during the economic downturn for staff at three organisations in Dublin which provide home help services.

The union also said a planned strike at St Mary’s Telford centre in Dublin will not now go ahead.

However 24-hour strikes by members of Siptu and the trade union Fórsa at Delta Care; National Council of the Blind In Ireland; Western Alzheimer’s; Co-Action Bantry; South West Doctors; Galway Rape Crisis; St Joseph’s Killorglin, Co Kerry and Valentia Hospital are all set to go ahead on Friday as part of the dispute over pay restoration.

Siptu has warned there could be similar stoppages in other Section 39 organisations in the weeks ahead.

The unions contend that while Section 39 organisations were urged to cut staff pay in line with reductions in remuneration to public servants during the austerity years, the personnel involved have not seen pay restoration unlike direct State employees.

Siptu health division organiser Paul Bell, said: “The treatment of these vital community health workers, who work in areas such as home care, dementia and Alzheimer’s services, is totally unacceptable.

“Strike action is the only option left open to our members to policy makers and those who fund the services to sit up and take notice. Siptu representatives have fought long and hard to win a pay restoration formula that could be applied across Section 39 organisations and the continued refusal of these organisations, aided and abetted by the Department of Public Expenditure and Reform, to vindicate their rights will not be tolerated by our members.”

“Our members in these organisations, all low paid workers, are falling further behind, having endured cuts in pay of approximately six per cent and a reduction in their hours which has had a knock on effect on service users and their families. They now have been left with no option other than to take action on Friday.”

“The number of members involved in this dispute nationally is roughly 6,000 and strikes will be rolled out on a phased basis, in every part of the country, over the coming weeks. The amount of money the Department requires to fairly resolve this dispute is no more than €7 million which is small change for the incoming Government but it would give our members a big break.”

Siptu sector organiser, Eddie Mullins said: “During this entire dispute our members demonstrated great compassion and responsibility by doing everything in their power to achieve a legitimate objective without affecting services to vulnerable clients and will continue to do so.

“Unfortunately, within the sector there is often a blatant disregard by employers who take advantage of the good nature of staff and ignore accepted industrial relations procedures. Many workers in the sector were subject to pay cuts during the austerity years similar to those imposed on their colleagues in the public sector.”