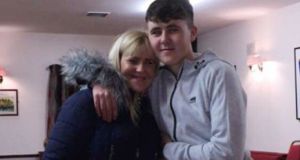 Jack Downey from Clonmel was attending the Indiependence Festival in Mitchelstown with five friends when he took ill on the afternoon of August 2nd, 2019. Photograph: Clonmel Óg Hurling and Football Facebook page

A 19-year-old student who took ill at a music festival in Co Cork last year died from total organ failure after taking ecstasy and morphine, an inquest into his death has heard.

Jack Downey from Ard Caoin in Clonmel, Co Tipperary, was attending the Indiependence Festival in Mitchelstown with five friends when he took ill on the afternoon of August 2nd, 2019.

Mr Downey’s friends brought him to the festival’s medical tent where a doctor was so concerned over his condition that he organised an ambulance to transfer him to Cork University Hospital.

He was admitted to the hospital’s intensive care unit where he was put on a ventilator and he remained in a coma over that weekend as his parents, John and Elaine, maintained a bedside vigil.

But two days later, on August 4th, Mr Downey, an only child and student of Cork Institute of Technology, was taken off the ventilator and he passed away with his parents at his bedside.

On Thursday at Cork City Coroner’s Court, Assistant State Pathologist Dr Margaret Bolster gave evidence of her findings after carrying out a postmortem.

Insp Ronan Kennelly of Togher Garda Station applied under Section 25 of the Coroner’s Act to have the inquest adjourned as a Garda investigation associated with Mr Downey’s death was still ongoing.

Cork City Coroner Philip Comyn granted the application and adjourned the inquest until August 22nd for mention when it is expected that gardaí will have progressed their criminal investigation.

Mr Downey’s parents, John, a garda based in Clonmel, and Elaine did not attend today’s brief hearing but Insp Kennelly said that gardaí would ensure they were informed of the adjournment.

Coronavirus: Ireland’s infection peak may have passed, toll could hit 400 by May, report forecasts