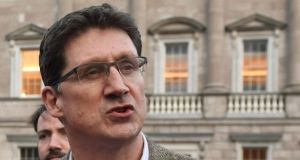 The Greens say they have not changed their position on a national unity government and will continue to pursue an all-party administration to deal with the coronavirus crisis.

The Green parliamentary party held a videoconference meeting on Wednesday to discuss various issues, with their approach to government formation one of the items on the agenda.

Despite debate continuing in the party on whether it should enter talks with Fianna Fáil and Fine Gael on forming a coalition with the two so-called civil war parties, the position arising out of Wednesday’s meeting remains unchanged.

The Labour parliamentary party on Tuesday reiterated its position that it wants to go into opposition rather than government. Labour will elect a new leader on Friday, with Alan Kelly and Aodhán O’Ríordáin battling to succeed Brendan Howlin.

Negotiating teams from Fianna Fáil and Fine Gael are meeting again on Wednesday. The two parties are attempting to agree a framework document on how a coalition would work and they will then approach other parties and Independents seeking support.

Speaking on Wednesday, Taoiseach Leo Varadkar again said a third party is needed and said Labour or the Social Democrats could be approached.

Tánaiste Simon Coveney has been in contact with Social Democrats co-leader Roisín Shortall in recent days but there is little appetite in that party for entering government with Fianna Fáil and Fine Gael.

“There hasn’t been much reciprocal contact from us,” one party source said of the contact made by Mr Coveney.

Mr Varadkar said the “joint document” between his party and Fianna Fáil could be agreed “this week or next week”.

“What is going to be required is a government that is going to last four to five years that can deal with this crisis, the recovery, putting our economy and society back together,” he said.

“That will require three parties and the support of Independents as well, but I think we are a few weeks way.”

A statement released after the meeting between Fianna Fáil and Fine Gael said: “Both Fine Gael and Fianna Fáil met this afternoon, and had a positive meeting and discussion on policy issues.

“They both agreed to keep the dialogue confidential and will be in contact over the next few days.”