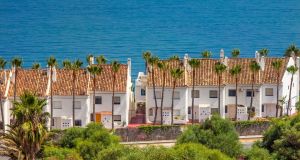 The Government is facing the prospect of racking up daily fines for failing to implement new EU rules designed to protect package holidaymakers from hidden charges.

The European Commission on Thursday announced that it had referred Ireland to the Court of Justice for failing to transpose the EU rules into national legislation.

The commission said that it would call on the court to impose a lump sum fine of almost €1.2 million and a daily penalty of just under €16,000.

The rules are designed to ensure clearer information for travellers, including an obligation on package holiday providers to indicate pricing and additional charges when booking package holidays. It also beefs up cancellation rights and creates clearer rules on liability, refunds and repatriation if package holiday companies go bankrupt.

European Commissioner for Consumers Vera Jourová said that “we urge Ireland to transpose the directive as promptly as possible to avoid unnecessary fines.”

In 2015, member states had agreed to transpose the EU rules into national law by the start of 2018, with the deadline for them coming into force set for July 1st last year. In March 2018, the commission opened the infringement proceedings by sending a letter of formal notice to Ireland, followed by a “reasoned opinion” in November 2018.

The level of fines is decided by the seriousness and duration of the infringement, as well as the size of the economy of the offending nation and its representation in the European Parliament.