Police not seeking anyone else following deaths of man, woman and girl in Newry

Victims not yet formally identified, police say, and cause of death is not established 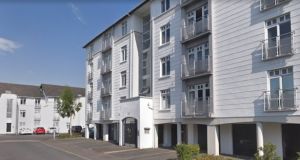 The bodies of a man, woman and girl were found at Glin Ree Court in Newry. Photograph: Google Street

Police have said they are not seeking anyone else in an investigation into the suspicious deaths of three people in an apartment in Newry on Thursday.

Detective Superintendent Jason Murphy said the 38-year-old man, the 37-year-old woman and the 15-year-old girl have not been formally identified and the cause of death has not been established.

“Our investigation is ongoing at present and our thoughts at this time are very much with the loved ones of those who have died,” he said.

There was a heavy police presence at Glin Ree Court, the block of apartments on the Downshire Road close to the centre of Newry on Thursday where the fatalities occurred.

There were some initial reports that the deaths could be as the result of a double murder and suicide but the PSNI would make no comment about such reports.

Detectives said it would take some time to assess the scene and speculation around the circumstances of the deaths would not be helpful at this time.

SDLP Assembly member Justin McNulty, who was at the scene, said: “It is tragic, tragic news to hit the city.”

“There is a dark cloud hanging over Newry this afternoon. My thoughts and prayers go out to the families of the deceased,” he added.

Local Sinn Féin Councillor Charlie Casey said the community was in shock after the deaths .

“My thoughts and sympathies are with all of those involved in this incident and their families,” he said.

“Details are still emerging and a police investigation is underway and that should be allowed to proceed,” he added.

“I would encourage anyone with information on this incident to bring it forward to the PSNI,” said Mr Casey.