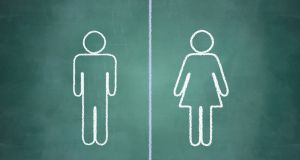 The agreement includes compensation of an undisclosed sum.

One of five female academics who initiated action against NUI Galway over lack of promotion has reached an agreement after an initial Labour Court hearing and has been promoted by the university.

Sources have confirmed a university board has accepted Dr Elizabeth Tilley, lecturer in NUIG’s department of English, exceeded “comprehensively” the qualifications required for the senior lectureship post for which she had been previously passed over.

NUIG has said the details are “confidential” but confirmed to The Irish Times an “amicable agreement” had been reached between “a lecturer and NUIG in relation to Labour Court proceedings in respect of the university 2008/2009 senior lecturer promotion round”.

The agreement includes compensation of an undisclosed sum.

It is understood Dr Tilley was required to attend an interview in the university as part of the settlement, and her promotion was then recommended to the NUIG board which endorsed it “unanimously and unequivocally” late last week.

Dr Tilley received her PhD in 20th-century British fiction from the University of Toronto, Canada, and her research and teaching interests include 19th-century Gothic literature, 19th-century serials, Irish publishing history and periodical production

The Irish Federation of University Teachers (IFUT), which represented Dr Tilley, would not comment.

Both IFUT and Siptu trade unions have also supported four other female lecturers in cases they initiated after the landmark Equality Tribunal ruling in favour of NUIG botanist Dr Micheline Sheehy Skeffington over the 2008/2009 promotion round.

The college was ordered to promote Dr Sheehy Skeffington, pay her €70,000 and review its appointments system after the Equality Tribunal found in 2014 she was discriminated against on grounds of gender.

Four of the women – Dr Margaret Hodgins, Dr Sylvie Lannegrand, Dr Adrienne Gorman and Dr Róisín Healy – initiated legal action which is before the courts, while Dr Tilley opted for the industrial relations route through the Labour Court.

The five believed they had also been discriminated against in 2008/2009 and also in 2013/2014. Dr Sheehy Skeffington pledged to offer her €70,000 in damages towards the cost of the legal actions.

A mediation attempt involving the college broke down after the four were offered an initial compensation of €50,000 and informed they would be considered for promotion if they were successful in securing a senior lectureship post in another university.

Dr Sheehy-Skeffington welcomed the outcome and said she hoped that the university would come to a “reasonable agreement” with the other four women. “NUIG’s offer to those four women was absolutely derisory,” Dr Sheehy Skeffington said, speaking while en route to Chicago, USA, where she is on a lecture tour in memory of her grandmother, the suffragette Hanna Sheehy-Skeffington.

NUIG announced in May 2016 mandatory gender quotas would be introduced to ensure more women were promoted to senior academic posts.

The college was acting on a taskforce report, set up in response to Dr Sheehy Skeffington’s ruling, which was headed by Prof Jane Grimson, former vice-provost of Trinity College Dublin.

Separately, former taoiseach Enda Kenny is due to receive an honorary doctorate of laws from the National University of Ireland at a ceremony at NUIG on Monday afternoon.