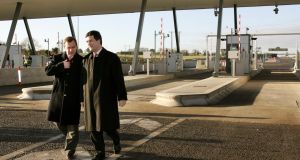 The final section of the Dublin to Galway motorway, the route from Ballinasloe to Galway city which opened ten years ago today, cut journey times and boosted productivity but it was not initially regarded as an economic success.

The road which eliminated once familiar traffic jams at Ballinasloe, Craughwell, Aughrim, Loughrea and Athenry, was welcomed by local communities and motorists alike when it opened on December 18th 2009.

It marked the completion of the the first of six key inter-urban highways - a mix of motorway and dual carriageways linking Dublin with the regional cities and the Border at Newry.

More than 15,000 vehicles a day used the non-tolled section of the route between Galway city and Athenry, in February 2010, just three months after opening.

The recession hit and traffic volumes fell over the next three years. In a 2014 post-project review, consultants said the lower volumes undermined the economic case for the 52km motorway with its additional 4km dual carriageway, a 7km link to Loughrea and 32km of single carriageway link roads.

“Such a reduction in traffic volumes over the lifetime of the scheme would more than negate the predicted net economic benefits,” said the review.

But, significantly, the report noted that while the economic case for the road had been undermined “the exchequer is insulated from the impacts of lower traffic due to the majority of associated costs resting with the private sector”.

Fortunately for the contractor N6 (Concession) Ltd, traffic has since rise to more than 30,000 vehicles a day - double the figure when the road opened. The current toll for cars is €1.90 per journey or €6.10 for the largest goods vehicles.

Today the Dublin to Galway route is designated M4 as far as Kinnegad, Co Westmeath, from where Galway traffic separates from that heading for the northwest and the route becomes the M6. Journey times from Galway have been cut from more then three hours pre-2009 to about two hours currently.

At about 195km in length from Dublin to Galway the route actually opened in sections utilising existing bypasses such as the Athlone bypass which was built in 1990 and the Maynooth and Lucan bypasses, built in 1994.

The Kinnegad to Tyrellspass section opened in 2006; the Tyrellspass to Kilbeggan section in May 2007; Kilbeggan to Athlone in July 2008; and the Athlone to Ballinasloe section opened to traffic in July 2009. Over three years from 2006 seemingly interminable delays were eliminated in places such as Craughwell, Aughrim,, Ballinasloe and Loughrea, once notorious for traffic.

At the time of opening the Department of Transport said the cost of the Galway to Ballinasloe road was €427 million. The post-project review found the estimated net costs of the public-private partnership (PPP) to the State were €236 million, compared to a traditional procurement cost of €513 million.

The review concluded the State had successfully transferred some of the construction costs and the risk of falling toll revenue to the private sector, while still retaining a revenue share from the tolls, Vat and other taxes.