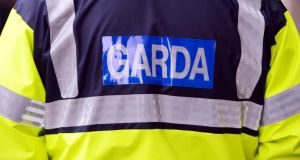 Gardaí have arrested three men in relation to a shooting of a man in Clondalkin, Dublin on Tuesday evening.

A man in his late teens was detained at Ronanstown Garda Station and two males in their 20s were detained in Lucan Garda Station. All men are detained under Section 30 Offences Against The State Act 1939.

The man in his 20s who was shot remains in Connolly Hospital Blanchardstown with serious but non-life threatening injuries.

The incident occurred at around 8.45pm when the victim was approached by a lone gunman on Shancastle Park in Clondalkin.

He was shot a number of times before the attacker fled the scene on foot.

An area of Shancastle Park was cordoned off on Tuesday night to allow for an examination by scene of crime officers.

Gardaí are continuing to appeal for anyone with information to come forward, particular any road users with camera footage who were travelling in the area at the time.

The Shancastle estate is located adjacent to Fonthill Road – a major artery between Clondalkin and the Liffey Valley shopping centre.