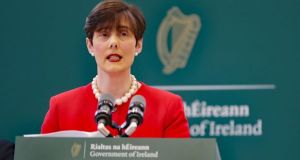 The Department of Education is to explore “further possible options” for the Leaving Cert in light of major opposition from students over plans to hold exams in June.

It is the first time the department has publicly acknowledged that alternative options are now officially under consideration.

Up until now, Minister for Education Norma Foley has said it is the department’s “firm intention” to press ahead with a “traditional” Leaving Cert.

The move follows a report published this week by the Irish Secondary Students’ Union (ISSU), which found just 4 per cent of students supported holding a “traditional” Leaving Cert this year.

The poll of 20,000 students, which took place earlier this month, found there was majority support for a choice between calculated grades and written exams.

Following a meeting of an advisory group on planning for the State exams on Friday, a spokesman for Ms Foley said the group agreed that there would be an “intensive set of engagements in respect of exploring further possible options for the examinations, having regard to the report’s findings”.

A sub-set of the advisory group is to meet a number of times over the coming weeks to discuss these matters in greater detail, the spokesman added.

In a statement released by the Department of Education, it said advisory group agreed that the ISSU’s report represented an “important input to the deliberations under way” .

The advisory group, which includes representatives of parents, students. teachers and schools, also received an update from the State Examinations Commission discussed “possible arrangements” for various components of the 2021 exams in the context of the Covid-19 pandemic.

Deadlines for coursework due over the coming weeks have been extended, while it is understood that a number of options are being considered for oral and practical exams such as moving proposed dates or holding them online.

Speaking after the meeting, ISSU president Reuban Murray said the union was pleased that the advisory group had listened to the student voice and will examine other options.

He said the response to students on this occasion was in marked contrast to last year when ministers had ruled out alternatives to the traditional Leaving Cert, despite opposition from students.

Teachers’ unions have voiced their opposition to calculated grades or assessing their own students this year and support holding a traditional Leaving Cert.

However, Ms Foley has warned that the longer schools remain closed, the greater the challenge will be in holding a traditional exam.

Many education partners agree privately that hopes of holding the traditional exams will fade if Leaving Cert students remain out of school beyond the February mid-term break.

The ISSU survey, published on Wednesday, found that a majority of respondents (55 per cent) listed their first preference as a choice between calculated grades or sitting in-person exams in June.

The next most popular option was calculated grades with ongoing assessment (25 per cent).

The current plan to hold the Leaving Cert exams in June attracted 4 per cent support as a first preference.

Meanwhile, the ISSU said it will advocate for clarity over the future of the Junior Cert exams.

The survey was carried out through the ISSU’s 480 member schools, while students from all schools were also invited to input to the survey. The vast majority of respondent were senior cycle students.

Alicia O’Sullivan, the union’s education officer, said the size of the survey clearly showed the preference of students.

“We have listened and we now have a clearer picture of what students want, and we want to work constructively with the department and other stakeholders to make sure that all students are catered for, and that their welfare is prioritised over anything else in the coming months,” she said.

Ms O’Sullivan, said she was “hopeful and quietly confident” following the meeting on Friday.

She said she believes Minister Norma Foley “took on board” the views of the ISSU and the findings of its survey of 20,000 secondary school students.

Ms O’Sullivan said there is a “push from the ground from students” and from the union to offer a choice to the class of 2021.

“The traditional Leaving Cert cannot go ahead in our opinion. It is public knowledge that students want a choice,” she said.

The union is not looking for the department to offer a “Plan B” for if the exams are not able to go ahead. Students due to sit State examinations need clarity “as soon as possible” with regard to how an alternative system would operate, she said.

“We know we are not going to have a fully-fledged plan in a few days . . . We want to be pragmatic and solution based,” she added.