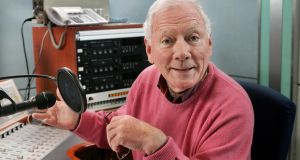 The funeral of broadcaster Gay Byrne is to take place at St Mary’s Pro Cathedral in Dublin.

The funeral mass of broadcaster Gay Byrne will take place in St Mary’s Pro Cathedral in Dublin on Friday.

The principal celebrant for the service, which will begin at 11.45am, will be Fr Leonard Maloney SJ, while Archbishop Diarmuid Martin will lead the prayers of final commendation.

Music will be led by the Palestrina Choir, with conductor Ciarán Kelly and organist David Grealy.

The Archdioceses of Dublin said access to the cathedral will be extremely limited with seating reserved for family and friends of Mr Byrne only. Those attending have been asked to be in place by 11.15am.

The funeral mass will be followed by a private burial in St Fintan’s Cemetery, Sutton.

RTÉ will air live coverage on television and online of the funeral. Coverage will beginning at 11.30am on RTÉ One and RTÉ News Now.

Bryan Dobson will present the coverage, while John Bowman and Mary Kennedy will provide commentary of the ceremony.

“Very sad to hear that Gay Byrne, the legendary presenter, has passed away,” he said. “Everybody in Ireland watched Gay on the Late Late Show on a Friday night.

“He was an incredible entertainer, but above and beyond that he pushed forward important social issues for wider debate, from abortion to divorce to sexuality. It’s no exaggeration to say he played a major role in helping to shape modern Ireland.”

Separately, Westmeath County Council has said books of condolences will be open to members of the public to express their sympathies until 5pm on Friday in Áras an Chontae, Mount Street, Mullingar and the Civic Centre, Church Street, Athlone.