‘I don’t think it’s deliverable within the current resource base,’ says Simon Byrne 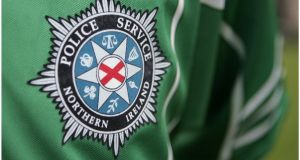 The PSNI said there were ‘really, really difficult issues for us to resolve’. File photograph: The Irish Times

The North’s police service does not have the financial resources or the personnel to investigate all outstanding Troubles-related cases, the chief constable has warned.

Simon Byrne said there were “really, really difficult issues for us to resolve” and while he had “always tried to remain an optimist, I don’t think it’s deliverable within the current resource base that we have”.

He was giving evidence on Wednesday to the Northern Ireland Affairs Committee as part of its inquiry into the UK government’s new proposals to address the legacy of the Troubles.

The plan outlined by Secretary of State for Northern Ireland Brandon Lewis in March includes “significant changes” to the approach to legacy outlined in the 2014 Stormont House Agreement which the UK government had committed to implement, and which included the creation of an independent Historical Investigations Unit to investigate outstanding Troubles-related deaths.

Under the new proposals, only cases where there is a “realistic prospect” of prosecution would be investigated. A new independent body would conduct “swift, final examinations of all the unresolved deaths, and all other cases would be closed permanently.

Asked by the South Belfast MP Claire Hanna (SDLP) if he agreed with the assessment of former Bedfordshire police chief Jon Boutcher that any proposal to close down murder investigations should be approached with “extreme caution”, Mr Byrne replied, “yes”. Mr Boutcher is leading Operation Kenova, an investigation into several high-profile Troubles-era investigations including the Glenanne Gang killings.

He also acknowledged he had been “surprised” the Police Service of Northern Ireland (PSNI) had not been briefed on the UK government’s new approach before it was announced, and police needed more information on what was being proposed.

“Clearly there is a broad brush proposal before us about trying to bring closure, trying to speed up the whole process,” he said, but police had “yet to see the final detail of how you will review and make a decision that there is no active lines of inquiry and an investigation is closed, and how you have that dialogue with the families of people who have been killed”.

Regarding resources, Mr Byrne said that to examine the 3,500 outstanding Troubles-era cases would take “over 20 years from a standing start now on the current resource base”.

The chief constable said there was already a “significant shortage” of trained investigators across the UK – which was further limited by the need to find staff with no historical involvement in Northern Ireland for reasons of impartiality – and therefore “recruiting sufficient and accredited and experienced investigators will therefore be a challenge in this difficult context”.

This would apply, he said, whether the police or an independent body are ultimately responsible for legacy investigations. “Purely on the detective capacity side, I’m not sure how you actually square the circle and meet the desire to bring a criminal justice resolution for people with the resource base we’ve got to do it in a timely and effective manner.”

Referring to the financial commitment, he said the PSNI was engaged in about 1,000 separate civil litigations and 42 legacy-related judicial reviews were ongoing, with roughly £30 million (€34 million) – or two-thirds of its legacy budget – per year set aside by the PSNI to cover this cost.

He also referenced the “eye-watering” volume of data to be digitised and preserved – more than 44 million items of intelligence data and 95 tonnes of “hardcopy criminal justice material” which he said represented a “significant” cost.

However Mr Boutcher, who gave evidence to the committee later on Wednesday, said the cost was not prohibitive. And the “cost of not offering such a process to families is immesurable [for] both the economic and social future of Northern Ireland”.

Addressing legacy was the “missing element of the Good Friday agreement”, said Mr Boutcher and Kenova demonstrated “this is doable”. But it would be dependent on a “collective resolution” by all stakeholders – including the Irish and British governments – and a process to allow a free flow of information from security forces including the ministry of defence and MI5.

The way forward, he said, “should be something that all of those parties are party to . . . and we could finally give these families the truth that they deserve”.

Mr Boutcher referred to a “remaining element of resistance” among the security forces when providing information. But he said that what his team had found in the records they have had access to “don’t reflect wrongdoing by the security forces, they simply tell us who was responsible for the offences”. He added that if any such wrongdoing was identified it would be dealt with through due process.

The numbers of staff required, he said, had been estimated at about 400, and the 80 people working under Kenova meant 20 per cent were already in place.

“It is achievable but it would be hard, but if you can imagine that legacy could finally be tackled and addressed in the next five to 10 years,” said Mr Boutcher. “Whatever can be done to achieve it should be done.”

He also expressed concern over the reference by to the UK government to “swift, final examinations” of Troubles cases, saying that “swiftness should not be at the cost of comprehensiveness” and any new and compelling information that emerged even after a case was closed should be given to families.