The four male teenagers, one of whom is an adult, were questioned over incident in July 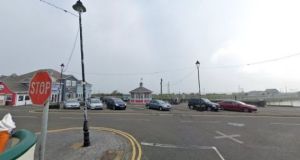 Files are to be prepared for the Director of Public Prosecutions.

The four males, one adult and three juveniles arrested on Thursday were questioned in Garda stations in the south east before being released.

The alleged incident took place on July 28th shortly after midnight in the Burrow area of Courtown Harbour near Gorey in Co Wexford.

A large number of youths had gathered in the area around the time of the alleged attack and were consuming significant quantities of alcohol, sources said.

This had hampered the initial inquiry, with some potential eye-witnesses giving investigators muddled or incomplete accounts of the night.

It is understood the girls allege they were sexually assaulted and one of them was allegedly raped. The girls are aged between 14 and 17.

The girls are from west Dublin and were in the Co Wexford town on holiday. Gardaí have obtained CCTV footage from the area.

It is believed the girls informed their parents of the alleged attack who then contacted gardaí and reported the allegation. The girls were examined and treated at a Sexual Assault Treatment Unit.

Courtown is popular with tourists and young people due to its nearby beaches. Along with nearby Riverchapel, the village has had issues with antisocial behaviour and underage drinking in recent years.

1 Coronavirus: One case confirmed in Northern Ireland
2 Orange weather alert issued as Storm Jorge set to batter Ireland
3 Predictions of ‘skin and hair flying’ as FG selects 13 of up to 60 Seanad hopefuls
4 What should you do if you think you might have coronavirus?
5 Cork grandmother goes on trial for felling Sitka spruce trees
Real news has value SUBSCRIBE