Reporters praised for their ‘diligence, tenacity, expertise and impartiality’ 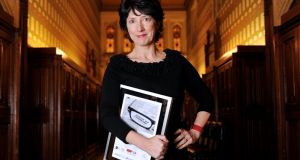 Four of BBC Northern Ireland’s most senior journalists have taken the decision to leave the corporation, it was announced on Wednesday.

The BBC said they were stepping down as part of the corporation-wide voluntary redundancy trawl announced in June.

Devenport, a native of Oxford in England, joined the BBC in 1986 and as well as covering the IRA ceasefire and the Belfast Agreement he also worked as the BBC United Nations correspondent before returning to Belfast as political editor.

Taggart has worked in broadcasting from the late 1970s. In addition to her former arts and education brief she presented flagship programmes including Good Morning Ulster and Scene Around Six and for a period headed up the business unit.

Jess, who joined the BBC in 1988, worked in the newsroom for the past 32 years, covering the Troubles and events such as the Drumcree parading dispute of the mid-1990s. He also reported from Iraq after the fall of Saddam Hussein and later was embedded with the Royal Irish Regiment and the Irish Guards on two separate tours during the war in Afghanistan.

After a career in newspapers Magee joined the BBC in 1992 where he held a number of correspondent roles in the Belfast newsroom specialising in investigative journalism.

He spent 12 years as a reporter on the flagship current affairs programme Spotlight, and was appointed investigations correspondent for BBC News NI five years ago. He also made a number of Irish-language documentaries. He won several journalism awards including three Royal Television Awards for television programmes and news reports,

Adam Smyth, head of BBC News NI said the journalists had “reported on, investigated and uncovered countless significant stories in the public interest with the utmost diligence, tenacity, expertise and impartiality”.

“They are embedded in the fabric of the BBC News NI newsroom and BBC Northern Ireland as a whole and the professionalism and dedication they have given to their craft has been beyond inspiring,” he added.