When UK leaves EU, it will lose access to initiatives which apply only to member states 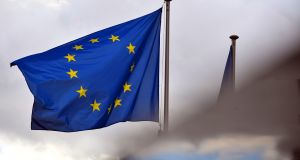 There is a “slim” chance the legal framework to allow cross-border security co-operation to continue seamlessly post-Brexit can be put in place by January 1st, a panel of academics has warned.

“Whilst it’s still hoped there will be an agreement that will cover criminal justice, with 12 weeks to go I think we have to be realistic about the possibilities of that being ready in time,” said Professor Gemma Davies, Associate Professor of Law at Northumbria University.

When the UK leaves the EU, it will lose access to a number of cross-border security initiatives which apply only to EU member states, such as the European Arrest Warrant and an international alert system.

Unless agreement is reached on what will replace these - either through the adoption of the Brexit withdrawal agreement or separate bilateral agreements between the UK and Ireland - the legal basis for processes such as extradition will fall back on older legislation.

“There will still be co-operation, so it’s not that co-operation will cease to exist as of January 1st,” said Prof Davies, “but we know that it will be slower, that it will be more cumbersome, and the real risk is that over time we will see a grinding [DOWN]of co-operation, particularly as we might see legal challenges in court.”

She said she accepted that the police on both sides of the Border wanted existing levels of co-operation to continue and there were “a number of different mechanisms for them to be able to do that, the speed at which certain types of information will be able to be shared within the two will inevitably slow down and extradition will be slower.”

Brexit, she said, did not change the tenets of the Belfast Agreement and the “need for those co-operation mechanisms between the UK and Ireland remains as evident as ever.

“We do need to find ways of overcoming those difficulties to ensure the safety of the Common Travel Area and any of these concerns we have about increases in crime don’t come to fruition,” she said.

Prof Davies was among a number of academics specialising in EU law and criminal justice co-operation between Ireland and the UK who gave evidence on Wednesday to the Northern Ireland Affairs Committee at Westminster.

The committee is conducting an inquiry into cross-border co-operation on policing, security and criminal justice post-Brexit.

This, the paper said, “could manifest itself in the form of cross-border smuggling of people and/or commodities” and “terrorist violence could erupt in the wake of a fostering of nationalist sentiment.”

Mr Paisley asked if the paper’s authors had “considered the eruption of loyalist violence” and if they had “over-egged” it by writing “what looks like the worst case scenario of co-operation and the lack thereof?”

Prof Davies said Mr Paisley had a “fair point in relation to the risks of the eruption of violence on both parts.”

However, she said it had to be borne in mind that the risks were “multiplied by a number of different factors which are converging at the same time.”

“But that is also at a time when a loss of EU police and judicial co-operation mechanisms might mean that we have a negative impact on operational effectiveness,” she said.

This was “then also compounded by a belief, whether that is correct or not, from those that would wish to exploit these opportunities, that the loss of certain mechanisms such as the European Arrest Warrant ... will decrease the risk of detection.”