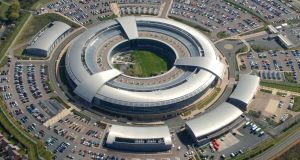 Irish diplomats assumed the British government listened to all their communications with Dublin during the 1980s, former officials say.

Speaking after the revelation that the Irish government unwittingly used an encryption machine from a CIA-owned company, former diplomats stationed in Northern Ireland and elsewhere told The Irish Times it was no secret foreign agencies had easy access to Irish phone and text communications.

The equipment, which was manufactured by the Swiss company Crypto AG, gave the US intelligence agency, and consequently their British equivalent, access to encrypted messages during the sensitive period leading up to the 1985 Anglo-Irish Agreement.

The equipment was viewed as top of the range by Irish officials. “The view at the time was the Swiss made the best equipment,” said one former official who worked in the London embassy for a period.

However, all former officials who spoke to The Irish Times said it was assumed at all times their communications were compromised.

“I think it would be fair to say that I and all our colleagues dealing with Anglo-Irish relations would have assumed that if there was [an electronic device] involved there was surveillance,” said Seán Ó hUigínn, a former diplomat who led the Anglo-Irish division in the Department of Foreign Affairs.

“So while the CIA ownership of Crypto AG may be a new detail, it is only a detail which does not affect the big picture.”

The British did not need to solely rely on the CIA to pass on intercepted communications. In the 1980s and 1990s GCHQ also used facilities in Cheshire, Cornwall and Armagh to listen to telephone and electronic communications from Irish government officials.

Even the British sometimes failed to keep up the pretence that they were not listening to Irish communications. Mr Lillis said a British counterpart, who wanted the agreement to be a success, told him that “every single word” was being intercepted by GCHQ.

There were also signs the problems may have stemmed from the use of compromised encryption systems, said Mr Ó hUigínn. “In fact I heard from the department’s folklore that there were occasional hints from friendly British contacts not to rely overmuch on whatever was said on the tin in relation to our encryption systems.”

Indeed, Irish officials sometimes used this to their advantage. “Sometimes we wanted them to hear what we were saying,” said Mr Lillis. In these situations officials would speak in Irish or add extra encryption to their messages to signal to the British they contained particularly sensitive information and they should pay attention to it.

The British codebreakers got so good at Irish that when Mr Lillis passed on the text of an agreement in Irish to his opposite number, they came back with several corrections.

For any genuinely sensitive communications from Northern Ireland, couriers were used, Mr Lillis said. “We kept using our technology but we knew it was compromised.”

Officials were also conscious their offices in the Bunker were likely bugged. “We used to say ‘Goodnight, Cheltenham [the location of GCHQ headquarters]’, up to the lights,” former diplomat Daithi Ó Ceallaigh said at a “witness seminar” in UCD in 2015.