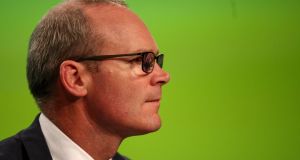 Nearly 2,200 Irish citizens in distress abroad, including 344 who were arrested and 318 who suffered medical emergencies, received consular assistance up to the end of November.

The Department of Foreign Affairs and Trade said 2,189 citizens received consular assistance from Irish embassies, consulates-general and honorary consuls in the first 11 months of the year.

The department said “consistently high” numbers of Irish people had needed help in recent years as citizens travelled more – and more widely – than before.

“Case officers at the Department of Foreign Affairs and Trade in Dublin, staff at 80 embassies and consulates-general, and our 94 honorary consuls around the world stepped in to help in a wide variety of situations, including natural disasters, arrests, imprisonments, missing persons and serious injury. Sadly, almost 300 families required the services of the department following the death of a loved one abroad,” the department said.

Minister for Foreign Affairs Simon Coveney said the 2018 demand reflected the growing number of Irish citizens travelling and living overseas, and the volume and complexity of consular cases that went with this.

“This presents fresh challenges for the department and our embassy network in continuing to provide a world-class service for our citizens in 2019,” he said.

In 2018, the department and its missions also supported Irish citizens caught up in a number of major incidents overseas, including wildfires in California, Greece and Portugal, earthquakes in Indonesia, and terrorist attacks in Strasbourg and Toronto.

Mr Coveney reminded people to be vigilant in relation to their personal safety whilst travelling overseas, and he recommended that all citizens consult the department’s travel advice at dfa.ie/travel/travel-advice/ before travelling.

Separate figures published on Monday show that more than 822,000 Irish passports were issued this year.

The department said numbers were similar to the 2017 figures and that, during peak periods, more than 6,500 applications were submitted in a single day.

The number of applicants from Northern Ireland and Britain continues to rise since the Brexit vote in June 2016.