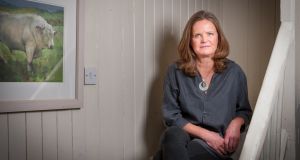 “We all went to see him off - my mum, my three sisters and myself. So the five of us went up to Cork Airport to see him off and I remember him vividly saying goodbye to each and every one of us individually and that’s very clear in my mind, that picture of him at the airport.”

Corkwoman Hilary Nunan was only nine years old at the time that she and her mother and siblings waved goodbye to her father Noel, but the memories of Sunday March 24th, 1968 are certain to return this weekend as they remember the 50th anniversary of the Tuskar Air Disaster.

The worst tragedy in Irish aviation history involving an Irish plane, the Tuskar air disaster saw 57 passengers and four crew perish aboard Aer Lingus Flight 712 when the St Phelim, plunged 17,000 feet into the sea near the Tuskar Rock off Wexford at 12.15pm on March 24th, 1968.

The last words heard from the pilot of the Vickers Viscount, Capt Barney O’Beirne, recorded by London Air Traffic Control were at 11.57am as the plane moved along its designated course just south of Hook Head on that sunny spring morning, were: “Twelve thousand feet, spinning rapidly”

According to Hilary Nunan, she and her sisters, Jean, Terry and Maeve were hardly back at their home on the Blackrock Road in Cork when news broke that tragedy had befallen their father who worked for Shell and was on his way to London for a meeting the next day.

“We lived at Richmond Estate on the Blackrock Road at the time and we were on playing on the road and a neighbour came up to me on the road to say that they had heard on the news that something had gone wrong with the plane so that was the first inkling really.

“As you can imagine, I’m sure there was an element of disbelief, of not knowing the gravity, not wanting to know the gravity of it, we hung on to every bit of hope that was there but it wasn’t long before we realised that that hope was dashed.”

The tragedy will be marked with a commemoration in Wexford on Saturday afternoon when relatives will be brought to the spot where the St Phelim entered the water for a wreath laying ceremony following by a commemoration at 2.30pm at Rosslare Harbour Memorial Park.

Although Hilary will not be able to make the event, it is simply because she and her three sisters and her elderly mother Mary will gather with their children and grandchildren in Cork to remember their father and the tragedy that befell him and the others aboard Flight 712.

“My sister Jean is coming from Spain and Terry and Maeve are coming from Dublin - my mother remarried and she is coming with her husband, Paddy McCarthy - we just wanted to be together but we will go together to the mass in Ballyphehane here in Cork on Sunday and meet other relatives.”

Although the report found the tragedy was most likely caused by failure in the St Phelim’s tail fin possibly due to metal fatigue, corrosion or bird flutter, it did rule out the possibility of the plane being struck by a missile or colliding with another aircraft - a finding which Hilary welcomed.

“Because it was decided that it was probable cause, there’s no definitive cause which was a bit of frustrating but it ruled any missile theory and all that conspiracy stuff that were being bandied about for years and years so I was able to dispel any of those notions from my head.

“Sadly for me, I believe the plane wasn’t airworthy and I do feel frustration at the system that applied at the time regarding safety checks but I don’t feel bitterness and I try to hold on to as much positive memories as my father and there are many and I don’t want to cloud them with bitterness.”