Cost of energy increases for Electric Ireland customers in North 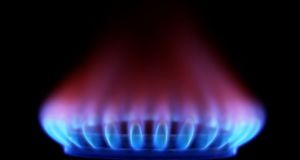 Electric Ireland customers in Northern Ireland will see their energy bills rise by 3.7 per cent from February 1st.

The price increase, which equates to an extra £18 per year for the typical residential bill, does not apply to customers in the Republic of Ireland.

An Electric Ireland spokesman said the increase is due to “recent costs impacting the broader electricity system and market” and is not related to Brexit. With 98,000 customers, Electric Ireland is the third-largest energy supplier in Northern Ireland.

Head of Energy Policy at The Consumer Council, Michael Legg, said the news comes as a “disappointment” for Electric Ireland consumers during a time when many of their household budgets are under increasing pressures. Mr Legg advised consumers to shop around to seek out the best energy deals.

Ciara McAllister, Residential Manager of Electric Ireland’s Northern Ireland operations, said the company has sought to minimise the price rise which has been made “necessary by external costs”.

Ms McAllister said that even with the 3.7 per cent increase, Electric Ireland customers will be paying less than they were in July 2020. In August the company announced a 4.2 per cent reduction in prices for residential customers in the North.

“We would like to assure our customers we are committed to providing value for money and exemplary customer care and service,” she added.

The Consumer Council is an independent organisation campaigning for high standards of service and protections for consumers.