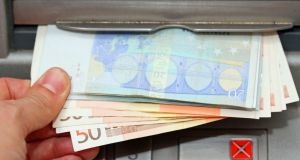 Asylum seekers are legally entitled to open a bank account and should be allowed to do so using their Temporary Residence Certificate (TRC) for identification, the Irish Human Rights and Equality Commission (IHREC) has said.

The commission wrote to the Banking & Payments Federation Ireland (BPFI) this week warning that asylum seekers’ inability to open bank accounts was “a roadblock” preventing them from accessing the workplace and underlining their legal right to open an account. The IHREC also criticised the banking group for refusing to accept TRC cards as a valid form of identification.

The letter, sent by IHREC chief commissioner Sinéad Gibney to BPFI chief executive Brian Hayes, follows the publication of FOI documents in The Irish Times earlier this week which showed Mr Hayes requested asylum seekers be given “acceptable identification documents” so they could open accounts. In correspondence with the Department of Justice, Mr Hayes said that “neither Irish Residence Permits (IRP)” not the TRC were “recognised proof of identify by the Government” and that banks could not accept these documents “as evidence thereof for the purposes of customer due diligence”.

Ms Gibney wrote to Mr Hayes this week that a TRC card was “evidence that a person has been registered as an asylum seeker” and “that they are lawfully resident in the State pending determination of their application for international protection”.

Ms Gibney also noted that asylum seekers, as lawful EU residents, were legally entitled to basic payment accounts under the Payment Accounts Directive 2016 and that measures should be put in place to ensure asylum seekers can fully benefit from this directive. “The directive is silent as to the need to provide any particular form of ID to vindicate that right,” she wrote in the letter seen by The Irish Times.

Opening a bank account is “fundamental” if asylum seekers are to seek employment in this country, she said.

Ms Gibney also criticised Mr Hayes’ assertion that it was “difficult or impossible” to progress with bank account applications for asylum seekers who, he said, were unable to provide “suitable proof of address” given their accommodation in direct provision is “temporary”.

“Asylum seeker’s whereabouts are more closely monitored than their Irish citizen counterparts,” said Ms Gibney, adding that under the 2015 International Protection Act, asylum seekers cannot leave the State without the consent of the Minister for Justice.

If asylum seekers could provide proof of address in the form of an official letter from the Justice department, banks could be reassured that they would continue to reside at that address, or another address notified to the minister, until their asylum application is determined, she wrote.

International protection applicants have repeatedly reported being unable to open bank accounts since the right to work was introduced for asylum seekers in 2018. Asked in October what progress had been made on the issue, Minister for Justice Helen McEntee said her department was engaging with the BPFI.

A BPFI spokeswoman told The Irish Times it was actively working with the department of justice and a wide range of stakeholders to “tease out the issues for protection applicants and find solutions for those eligible to open bank accounts”.

“BPFI are undertaking a great deal of work on this issue and we will continue to work together with a view to finding a practical solution for all concerned,” she said.