Coronavirus: Smartphone app to facilitate contact tracing to be rolled out, HSE says 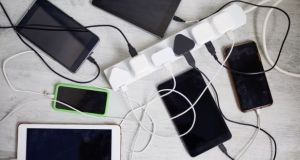 When the owner of a device with this app installed tests positive for Covid-19, this data may enable the contact tracing process to take place more efficiently and more quickly.

The Health Service Executive (HSE) has said it is likely that a smartphone app to facilitate contact tracing will be rolled out in the next 10 days.

The app will reportedly use bluetooth technology, which is a feature of most smartphones, to detect when devices are in close contact with each other. When the owner of a device with this app installed tests positive for Covid-19, this data may enable the contact tracing process to take place more efficiently and more quickly.

The project was first reported in this morning’s edition of the Business Post.

Speaking at a HSE media briefing today, HSE head of communications Paul Connors said the app is “a cross-government effort in relation to a very important piece of technology” in fighting the pandemic.

He said the HSE is working with a number of agencies, including the Data Protection Commissioner, on issues such as compliance with strict data protection and processing rules known as the General Data Protection Regulation (GDPR).

“It’s likely this will be rolled out in the next 10 days and certainly it is an opt-in process for people,” he said. Mr Connors said the app will also allow people to feed back information on “their general state of wellbeing…and that will be fed back in for epidemiological assessment as we go on”.

Data protection experts said such an app could be a powerful tool to help fight the disease, but cautioned that its design should be compliant with privacy and data processing standards.

Simon McGarr, a solicitor and privacy expert, said the State should clarify where data is stored, exactly what information is being gathered, and whether users are anonymised or identifiable. Who can have access to that data should also be disclosed, and how it is distributed should be clear, he said.

He said that designing such an app is feasible in a way that respects data privacy, and it could be particularly useful when emergency measures are relaxed, to quickly identify and isolate new outbreaks of Covid-19. “It will be relevant when we start to try to go back to work. Then it will allow us to catch and isolate outbreaks much faster. But if they make mistakes now, they will damage the implementation and take up we need for it to be widespread later.”

Mr McGarr suggested that privacy and civil liberties advocates should be consulted before the app is launched, and urged that a Data Protection Impact Assessment, which must be undertaken on such projects, be published.

Daragh O’Brien, managing director of privacy consultancy Castlebridge said the scope of what was described by the HSE goes beyond a basic contact tracing app, and includes clinical monitoring functions and the sending of push notifications.

He said the State needs to be clear on how long data is retained and what is done with it after the crisis, adding that Singapore, which developed a similar app, made it clear all identifying data was to be deleted as soon as it was no longer needed.

He warned that the Government should avoid mistakes made with the roll-out of the Public Services Card. “[It] needs to ensure trust and engagement by avoiding any hint of ‘mandatory but not compulsory’ which could undermine the fantastic trust and co-operation which that has been developed over the past few weeks in society.”