Four things that haven’t changed since the crash

Opinion: Ireland is still one of the best little countries in the world in which to be a shyster 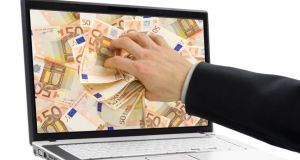 We learn from our mistakes – or do we? As Ireland finally emerges from a disastrous recession, a question floats back to the surface: would we do it all again? Have the consequences of bad governance and poor collective choices been so painful that we won’t ever go back there? Even cows learn to avoid electric fences – has Irish society as much sense as a cow?

If you were to judge by immediate appearances the answer would be an emphatic no. The leaflets from estate agents are coming in the door again. The queues to put down deposits on half- finished houses are forming again. The almost entirely unchallenged assumption that rising property prices are an index of a healthy economy is rampant again. Loose talk about tax cuts is in the air again. Even though the national debt is now five times higher than it was at the start of so-called austerity, there is a widespread feeling that everything is returning to a pre-crash “normality”.

But they have to be set in the context of all the things that have not changed. At least four big things that contributed to the crash are as bad as they ever were.

The first of these is the astonishing degree of impunity for white-collar crime. We may have more laws and regulations but the State simply lacks the will to enforce them. The Office of the Director of Corporate Enforcement has a single forensic accountant – just one. The senior counsel with most experience of prosecuting fraud cases, Remy Farrell, revealed last June that many files sent to the Garda Bureau of Fraud Investigation are not even read and that, of those considered, just one in 10 results in a prosecution. Last year the outgoing financial regulator, Matthew Elderfield, warned that the State still had no adequate system for tackling financial offences. Or to put it less politely, Ireland is still one of the best little countries in the world in which to be a shyster.

A second large factor in the crash was the pitiful state of parliamentary democracy – the inability of the Oireachtas to do the basic job of holding government to account. Has this changed much? Hardly. All the promises to end the outrageous practice of guillotining legislation through the Dáil except in genuine emergencies came to nothing. To take just one example, the Strategic Banking Corporation of Ireland Bill, exposing the State to potential liabilities of €4 billion, was rammed through in three hours at the end of the last Dáil session with no prior scrutiny in committee. Servicing constituency clients remains far more important to most TDs than doing the job they’re actually paid to do.

A third factor in the making of the disaster was the kind of groupthink that comes with closed circles of insiders making top-down decisions. Again, no change here. Remember all the talk about scrapping unaccountable quangos? How the quangocracy must laugh at that one while it collects its latest consultancy fees from Nama or Irish Water. On the other side of the equation, real local democracy that gives citizens control of decisions in their communities – and responsibility for their choices – is further away than ever. Toleration for ideas that do not accord with orthodoxy is minimal.

The fourth issue is a cultural one – the Irish tendency to measure wealth and prosperity through land, bricks and mortar. At the heart of the craziness of the boom years was the belief that property (as opposed to, say, learning, innovation or social progress) was the great barometer of wellbeing. If property prices were rising, the country was on the up. Housing became not a social good but a commodity – with the toxic consequences we know only too well. Has this attitude changed? Is any politician saying low and stable house prices should be the goal of national policy? Would she get re-elected if she did?

So the chances are that we could very well do it all again. The fatal combination of impunity for shysters, malfunctioning democracy, closed inner circles of lavishly paid “experts” and a very narrow sense of what real national prosperity looks like is still in place.

If anything, having survived an existential crisis for the State, it is even stronger. The system is now in self-congratulatory mode, more convinced than ever of its righteousness. Who needs reforms now that happy days are here again? Yet, without them, unhappy days will return too, in endless cycles of national bulimia – binge and purge, binge and purge.