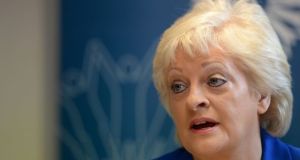 Trade unions have said there should be a new deal for workers and society in the post-coronavirus world including greater investment in health, housing, education and social supports funded by increased taxation and additional employer contributions.

In addition they said there could be no cliff edge removal of income supports for hundreds of thousands of workers laid off as a result of the coronavirus, also known as Covid-19, pandemic. And while the deficit in the public finances would increase sharply, cutbacks would be wholly unacceptable in their view.

In a new policy document the Irish Congress of Trade Unions (Ictu) also said central banks should act as lenders of last resort to assist governments.

It said there should be “a medium-term expansion of employer social security contributions, as well as increased taxation of wealth, passive income and environmentally damaging activities.”

Ictu said there could be “no going back” to the economic and social situation that existed prior to the current crisis.

Trade unions said the recovery “should occur as a gradual and phased unfreezing, alongside a parallel phasing out of Government income and liquidity supports”.

“Central Banks will need to make ‘whatever it takes’ commitments to ensure that Governments are able to continue to act as income and liquidity sources of last resort. We must also recognise the scale of debts incurred by many households and businesses over this period and recognise the need for appropriate debt relief.”

Unions said Government stimulus “should principally focus on addressing the housing emergency and the transition to a zero carbon future”.

There should be a legal right to an adequate affordable home and a major housebuilding programme, they added.

Trade unions said there should be strengthened social supports as well as the establishment of a universal public healthcare system, free at the point of use funded by taxation.

They called for new laws to allow them to represent workers as well as an end to bogus self-employment and precarious work practices.

- greater taxation of assets and property, including financial property (eg a net wealth tax and a higher property tax);

- greater taxation of passive income such as inheritances and gifts, as well as rental income;

- a comprehensive review of all existing tax expenditures with a view to possible abolition; and

Ictu general secretary Patricia King said: “ The response to this crisis has to be different this time. Austerity is neither socially acceptable nor economically necessary. We believe that the length and depth of the recession will be determined, at least in part, by the policies we choose and values that guide us”.