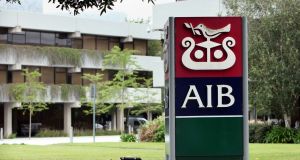 The State’s banks are beginning to write to borrowers who have availed of payment breaks during the Covid-19 crisis, urging those who feel they will not be able to return regular payments after a six-month pause to engage on finding longer-term solutions.

Bank of Ireland issued letters late last week to thousands of mortgage holders who availed of an initial three-month payment break, advising them of options to resume payments after the initial period, extend the term of their loan by the same amount, or continue the payments relief to six months.

It also asked customers who expect to experience longer-term financial pressure to work with the bank on additional forbearance options, which may require a full assessment of the borrower’s financial circumstances.

KBC began this week to contact borrowers who have been temporarily affected by Covid-19, according to a spokeswoman.

“Customers in financial difficulty will always have the best possible outcome by actively engaging with their bank,” she said.

Permanent TSB is planning to communicate with borrowers in the coming weeks. “Within these customer communications, we will be stating that the option for a Covid-19 Payment Break extension (to maximum six months) is only suitable for those customers with short-term repayment difficulties,” a spokeswoman said.

“For customers experiencing longer-term financial difficulties, we’ll be encouraging our customers to engage with us, so as we can assess in detail their individual situation and determine the most appropriate arrangement for them.”

AIB and Ulster Bank are preparing similar engagements in the coming weeks.

Restructuring options pursued by banks since the arrears crisis peaked in 2013 include term extensions, interest-only and reduced-payment periods, and splitting loans into a part that can be serviced regularly and a portion that is frozen until a borrower’s financial situation improves.

Loans subject to six-month payment breaks could end up in default within 90 days of the end of the period if borrowers have not returned to making scheduled payments or had their facilities restructured.

“So many people never expected to find themselves in this situation and it’s a very difficult time for them, so there is a huge focus by banks on helping them to find the most appropriate solution for their particular circumstances,” said Banking & Payments Federation Ireland chief executive Brian Hayes.

“Given the financial pressure that many people are under, and the unexpected nature of that pressure, banks are stressing the importance of engagement and the importance of customers having conversations with their lender so that they can talk through their situation.

“Solutions can be found and worked through where there is engagement and that’s the most important message for customers,” he said.

Central Bank sources said at the end of April, as Irish lenders announced that they planned to extend payment holidays for customers impacted by Covid-19 to six months, that regulators would be pressing lenders to use the breathing space to work on longer-term restructuring solutions for households and businesses that will still be under financial pressure at the end of the period.

At that time, borrows behind more than 65,000 mortgages and 22,000 small- to medium-sized enterprise (SME) loans in the Republic had availed of the initial relief.

AIB, Bank of Ireland and Ulster Bank set aside more than €500 million of initial loan impairment charges in the first quarter of the year as they eye an expected surge in bad debt and costly loan restructures. Bank of Ireland and AIB see gross domestic product (GDP), originally projected to grow almost 4 per cent this year, contracting 7.5-8 per cent this year, and unemployment averaging 13.5 per cent.

While the mortgage-focused Permanent TSB and KBC Bank Ireland held off taking large Covid-19 provisions during the first quarter, they warned that charges will rise as the year progresses.