State spends €1.2bn on housing assistance and homeless services since 2018 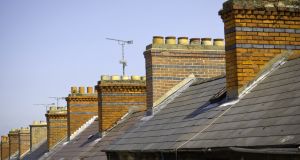 The State has spent almost €1.2 billion on the housing assistance payment (Hap) and homelessness services since 2018, according to the latest available figures.

A further surge in demand for the payment and for rent assistance is expected with the dramatic increase in the numbers of unemployed and when rent and eviction freezing measures end.

Figures released by Minister for Housing Eoghan Murphy show just under €800 million was spent since 2018 on Hap, a form of housing assistance funding provided by local authorities and paid to landlords on behalf of tenants as a rent top-up.

Over the same period the State paid local authorities €428.9 million for homeless accommodation and related services.

The Government also paid €58 million in capital funding for facilities including family hubs between 2018 and the end of April this year, the Minister told Social Democrats TD Catherine Murphy in a parliamentary reply.

Ms Murphy said it was “a very expensive means of dealing with a housing crisis” and she said many people made unemployed because of the coronavirus pandemic will qualify for Hap or rent assistance.

“And these are people who never would have expected that they would have required to get a support payment to pay their rent,” she said.

The Kildare North TD said there would be “opportunities for the State to purchase housing and if they do it over a long period of time it makes more economic sense to do it and you have an asset at the end of it”.

She said that anecdotally since the pandemic began there had been a high level of applications for rent assistance, a short-term, means-tested payment for unemployed individuals who cannot afford their rent.

“I don’t think they’re showing up yet,” in official figures but will in the coming months, she said.

She added that a number of tenants had already contacted her about approaching landlords who are refusing to take a Hap payment “which they’re not entitled to do, and that’s people who are already in accommodation and have approached their own landlord”.

The Kildare North TD said a new group of people who had never engaged with any State agencies are now requiring supports and “they’re on a steep learning curve about what supports might be available to them and how to access them”.

She warned there would be major delays in processing the surge in applications for rent assistance and Hap payments because local authorities are working remotely.

“They will have a limited number of people in work and it just adds to the delay in processing payments.”