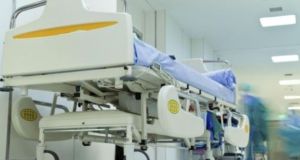 Simply making something like VHI universal could fund a hospital system remarkably similar to the successful socialised programmes of Germany, and France, and far superior to the UK’s NHS. Photograph: iStock

Fifteen years ago, I wrote that our hospital system was failing because it was unfair, inefficient and of generally mediocre quality. These criticisms remained valid as the coronavirus storm clouds were gathering, and still do.

The inequality is obvious. There are stark disparities in access to timely care between insured and HSE-dependent patients, to whom I apologise daily for service deficiencies.

While the emergency coronavirus measures allegedly put a temporary end to two-tiered healthcare, it produced the type of equality that the Lusitania achieved with the Titanic when it joined it on the ocean floor.

The mediocrity of the system is not due to any deficiency on the part of our nurses, doctors and other colleagues. No, we have outstanding healthcare professionals. It is rather that they and their facilities are in such short supply that we prop up the bottom of most league tables for access to care.

Waiting lists for tests, specialist appointments and operations are so long that in some cases the services effectively don’t exist.

Despite repeated warnings that our intensive care capacity was deficient by international standards, (lowest in the Organisation for Economic Co-operation and Development) it took a looming pandemic to get action from the Department of Health and the HSE.

These problems are so inevitable a consequence of the funding system, (predetermined fixed budgets) that they are best considered to be part of the business model of the HSE. A hospital is given a certain amount of money at the beginning of the year and told to make it last until New Year’s Eve. The only way to deal with increased demand is to lengthen the wait.

Inefficiency is also deliberate. In the HSE, inefficiency saves money. While it is inefficient to keep patients in beds waiting weeks for tests or for operations that should be done on a same-day basis, it is cheaper to use the beds inefficiently than it is to have multiple short admissions. Doctors are in turn “perversely incentivised” to admit patients to do tests as inpatients, because the outpatient waiting times can be more than a year.

This is mal-funding, not underfunding.

The contention that the existence of the independent hospital sector is causing the problems of the HSE hospitals is implausible. Private hospitals reduce demand on the overburdened HSE system.

Despite being thought of as 'private insurance', VHI is in fact a fairly heavily socialised enterprise

No, the HSE system fails all on its own, and in a perversion of Beckett’s exhortation to “try again, fail again, fail better” is very likely to “fail worse” in our forthcoming recession.

The all-party Sláintecare proposal addresses none of these problems. Sláintecare is long on woolly aphorism and short on substance. It states that it will provide universal single-tier hospital care without giving an iota of detail about how this will be achieved, other than by removing the handful of insured patients who currently use the HSE system. Sláintecare does not exactly remove them either, it just takes away the money their insurance companies might have contributed to the institution. Private hospitals would thrive.

Only a true reform of the funding model can fix the problems of the HSE, but that is exactly what Sláintecare does not do.

Rather, the virus should inspire us to emulate the most successful socialised systems, such as the much-admired German “Bismarckian” model of social insurance, rather than doing the traditionally lazy Irish thing, which is to ape the British.

In social insurance systems, insurance is mandatory, generally public not-for-profit and ring-fenced. There is a fixed per cent income contribution, rather than a fixed premium, meaning that high earners pay more than low earners, but get the same cover. All hospitals and doctors – public and private – are mandated to accept it and would be reimbursed for activity, effectively ending waiting lists.

In 2011, Fine Gael and Labour proposed single-tier insurance as a central manifesto policy. Depressingly, this plan was shelved during the 2011-2016 government, on the advice of senior officials who felt it was “not feasible”. Turkeys might also deem Christmas unfeasible if asked.

However, far from unfeasible, we already have social insurance in Ireland. It already looks after the hospital care of a third of our population.

It is the Voluntary Health Insurance – VHI.

Despite being thought of as “private insurance”, VHI is in fact a fairly heavily socialised enterprise. It is owned and regulated by the Government and has one shareholder – the Minister of Health. It is not-for-profit and subject to community rating.

It cannot reject potential members. Simply making something like VHI universal, with a reformed progressive premium structure, free premia for the unwaged, medical fee-capping and a commensurate tax reduction, could fund a hospital system remarkably similar to the successful socialised programmes of Germany, and France, and far superior to the UK’s NHS. Patients could take their insurance to hospitals and doctors of their choice, government-owned or independent.

Would it cost more? Probably, but efficiency would increase dramatically. Waiting lists would essentially disappear. High-quality institutions would attract more patients. Poor performers would have a powerful incentive to improve.

This reform, simpler and less radical than it seems, and already partially implemented would end inequality overnight.