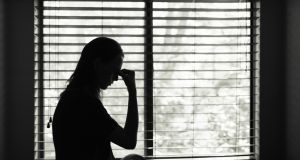 Some women looking to flee abusive and violent relationships since the pandemic began are now, in fact, forced to spend more time with their abusers, one organisation said. Image: iStock.

Victims of domestic violence are facing heightened risk during the Covid-19 crisis and some could be killed by violent partners, domestic abuse agencies have warned

Some women seeking to flee abusive and violent relationships since the pandemic began are now, in fact, being forced to spend more time with their abusers, said Sharon O’Halloran, chief executive of Safe Ireland.

Ms O’Halloran said the coronavirus was being “weaponised against them” and that some victims calling the organisation were saying: “It has been a case of ‘God, I didn’t realise how bad this was until now’.”

Twenty-one women’s refuges in the State are now full. Nine of these involve communal living spaces, so contingency plans have had to be put in place to limit movements inside them. Some victims and their children may have to be moved into AirBnB accommodation to allow for social distancing, though it is unclear how this will be funded by the agencies, Ms O’Halloran added.

“The end result of this (Covi-19) could be deaths and that is the last thing we want to see,” she said.

Describing “a perfect storm for violence in the home”, Women’s Aid said many families are having to spend more time together with extra pressures in homes due to job losses and money worries.

“Covid-19 is coming up in virtually all of our calls and in some cases we are seeing it being weaponised against women,” Women’s Aid chief executive Sarah Benson said.

In some cases, women who are immunosuppressed or have other health vulnerabilities are being taunted by abusive partners, some of whom are deliberately refusing to wash their hands or socially distance.

“Before the measures you may have had one person or both in a relationship being out at work and that brought a little bit of breathing space, but for many that is now gone,” Ms Benson said.

“For some women, even doing small things like getting out to a friend’s house for a short period for a break is not an option now.

“And in many cases when women would have fled somewhere with their children it would be to their parents house, often elderly parents. But with Covid19 that option is not available in the way it was before.”

Some callers to the Women’s Aid hotline are “sneaking out to their car” to make the calls, because they now have less freedom than before to raise the alarm about abuse. The hotline is still operating and a messaging service is being added to the organisation’s website to help victims make contact silently.

The courts are still taking applications for barring or protective orders, though other hearings that dealt with issues like maintenance for children or finalising custody issues were not going ahead, Ms Benson added.

Under pressure because of the Covid-19 crisis, gardaí have been asked to be prudent when making arrests in a bid to reduce the number of prisoners being taken into Garda stations and cut the risk of a virus outbreak in stations.

However, a number of gardaí have told The Irish Times that they had been told to prioritise domestic violence arrests and to take abusers away from victims when required.

Several members of the force said it was too early to determine the impact of the coronavirus on domestic violence, adding that it may be a number of weeks before patterns became clear.

“In some cases you have women who you know are vulnerable and it is a question of watching them, trying to keep contact with them,” said one source, adding that known abusers are being monitored.

Some abusers are using the crisis to put extra pressure on their former partners to allow access to children while schools are closed, garda sources say privately. However, the evidence to date about the impact of Covid-19 on domestic abuse is anecdotal, said one, adding that it would also take time to determine the trends.