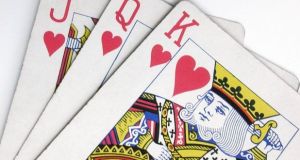 The European Bridge League (EBL) has not yet made a decision with regard to the European Team Championships, which are due to be held in Funchal, Madeira in June.

The Contract Bridge Association of Ireland has announced that its office and shop in Templeogue, Dublin will remain closed until further notice in line with the Government’s advice on non-essential businesses.

The office email (info@cbai.ie) and chief executive Paul Porteous’s personal email (paul@cbai.ie) will be monitored regularly during this time so that contact with members and clubs can be maintained.

Bridge Great Britain, the governing body for the home-international championships, has announced that the women’s championship for the Lady Milne trophy and the seniors’ contest for the Teltcher trophy will not take place on the originally planned dates - April 17th to 19th and May 15th to 17th respectively.

The intention is to reschedule them for later in the year and to hold the two competitions at the same time and at the same venue in England. The seniors’ event was to be held in Gormanstown, Co Meath.

The European Bridge League (EBL) has not yet made a decision with regard to the European Team Championships, which are due to be held in Funchal, Madeira in June. However, signals from the EBL suggest there is doubt that they will go ahead at that time.

One EBL announcement said everything within reason would be done to stage the Madeira event as intended, but it added that avoiding booking non-refundable travel or accommodation would be prudent until the picture becomes clearer. The most recent announcement, dated March 24th, from Swedish EBL president Jan Kamras stated: “We are prepared to cancel the June championships if the forecast does not dramatically improve in the near future.”

Plan B is to postpone the championships, retaining the Madeira location, until November 11th to 21st. Most national-team players are amateurs who use part of their annual holidays to participate in these events.

The All-Ireland Pairs Championship for the Moylan cup will not take place at Malahide next weekend as planned. The Dungloe, Co Donegal open cup competition, scheduled for April 5th, has been postponed.