Coronavirus alert app to be launched in Northern Ireland 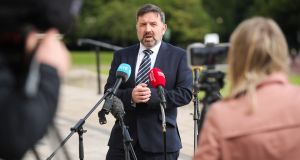 The North’s health minister Robin Swann has told Stormont Assembly members that a new smartphone app designed to combat the spread of coronavirus is to be launched “imminently” in Northern Ireland.

The proximity app will anonymously alert users if they have been in close contact with another user who has tested positive for the virus.

Mr Swann said the Stop Covid NI app was aimed at reducing the spread of the virus. The date it went live would be subject to a review process undertaken by the Apple App Store and Google Play.

Encouraging widespread use of the app Mr Swann said, “if we can get sufficient numbers to download it, it will play an important part in augmenting the existing contact-tracing processes in our efforts to stop the spread of Covid-19”.

Mr Swann said the app would be “interoperable” with the equivalent app in the Republic and “highly likely” to be compatible with apps due to be introduced in Britain and Europe.

On Tuesday afternoon his department reported no Covid-19 deaths for the 15th consecutive day, leaving the death total at 556. The department’s figures mainly relate to virus deaths in Northern Ireland hospitals.

There were nine new cases of coronavirus reported bringing the number of confirmed cases to 5,921. So far 138,615 people have been tested for the virus.