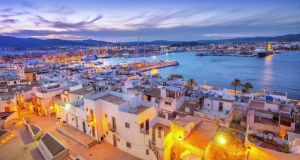 Spain said the Balearic Islands, which include Ibiza, and the Canary Islands should feature on Ireland’s green list. Photograph: Getty Images 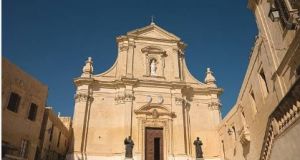 Gozo Cathedral, Rabat, Malta: The holiday destination was the safest on the green list on July 21st, but cases have increased six-fold since then to 6.9 per 100,000, compared to Ireland, which is currently at 5.3. File photograph: Getty

The Government is unlikely to immediately review countries on its so-called green list or to consider regional travel corridors, in spite of some states experiencing big increases in Covid-19 cases recently, it has been confirmed.

It is to stick to a fortnightly review of countries considered safe to travel to. The list was drawn up at a Cabinet meeting on July 21st based on advice from the National Public Health Emergency Team (Nphet), and it will be August 4th at the earliest before it will re-examine the list, though some countries significantly exceed the Irish case rate.

There are 15 countries on the green list, among them Finland, Greece, Malta, Italy, Cyprus, Monaco and Norway.

The latest figures from the European Centre for Disease Control (ECDC) confirm the extent of sharp rises in infection rates in some green list countries since July 21st, based on cases per 100,000 people over 14 days. Malta was the safest country, but cases have increased almost seven-fold since then to 6.9 per 100,000, compared to Ireland, which is currently at 5.3.

“We have been looking at it at a national level, that’s the most reliable, and once someone enters a country, we don’t really know where they go, so we’re operating on the national data,” she said at a Government briefing.

She said the Cabinet may discuss the issue again when it next week considers the update to the list, but Ms Canavan said the criteria being applied includes “the national 14-day incidence rate, the trajectory, and other aspects of testing and tracing, so it was a broader range, but it was never looking at regional level.”

A Department of Health spokeswoman said Nphet’s advice remains that all non-essential travel should be avoided. “Like all public health advice, this is kept under constant review. Any updated advice from Nphet is sent to Government for their consideration,” she added.

The UK government, however, has indicated it is prepared to look at a regional travel corridor to the Spanish islands, though it may add Luxembourg and Croatia to its Covid-19 quarantine list. The Covid operations committee will review “the air bridge system” on Friday.

Transport minister Baroness Vere of Norbiton confirmed the idea was being investigated after pressure from Madrid over the change to travel advice made by the government over the weekend.

The Spanish government has been lobbying their Irish counterparts for the inclusion of the Balearic Islands, including Mallorca and Ibiza, and the Canary Islands, on Ireland’s green list. The ECDC does not provide a breakdown of the Spanish figures to indicate rates of infections on the islands. The national figure was 51.1 per 100,000 people on Wednesday.

The islands are currently excluded, along with the Spanish mainland, meaning anyone travelling into the State from these locations is asked to restrict their movements for 14 days on arrival. It has insisted lower levels of infection in the islands mean they are safe to travel to.

The Spanish embassy in Dublin earlier this week said “the next review of the green list gives a good opportunity to include [the Balearic and Canary Islands]”.

Meanwhile Ryanair has declined to comment on its legal action against the Government in relation to the list. “We don’t comment on pending legal matters,” a spokeswoman said.

The airline has threatened legal action against the Government if it fails to expand the list of countries to which Irish travellers can go, include Britain and all EU member states.

“The idea (which underlines Ireland’s green list) that the major economies of Europe are not dealing effectively with C-19 will do huge damage to our relations with those countries,” it said in a submission to the Oireachtas Special Committee on Covid-19 Response this week.

“Ireland is an integrated part of the EU economy and if we lose this opportunity to restart, then we will pay for it with economic decline and massive increases in unemployment,” it added.