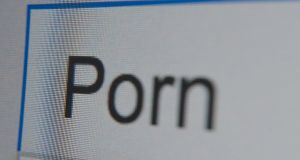 A Cork man has been given a two year suspended jail sentence after he pleaded guilty to possessing over 2,000 images of child pornography on his home computer.

Des Breen (52) of Calderwood Road, Donnybrook, Douglas pleaded guilty to the sole charge of possessing child pornography at his home between December 6th, 2011 and August 3rd, 2012.

Breen, a production journalist with Examiner Publications, admitted the offence of possessing 2,120 images of child pornography which is contrary to Section 6 (1) of the Child Trafficking and Pornography Act 1998.

Det Garda Aonghus Cotter told Cork Circuit Criminal Court that gardaí began an investigation on foot of information received from Interpol and carried out a search of Breen’s home on August 3rd, 2012.

Gardaí seized a computer and USB sticks and a subsequent examination by Garda computer experts found a total of 2,120 images featuring child pornography, he said.

Det Garda Cotter said these 195 unique images had been replicated on the computer several times to give a total number of images of child pornography of 2,120, the subject of the charge.

He said Breen was arrested on June 20th, 2017 and brought to Togher Garda station where he denied any knowledge of the images . He later contacted gardaí voluntarily and was re-interviewed.

He admitted viewing and downloading the images and he also admitted using cleaning software on the computer, said Det Garda Cotter, adding that at no point had Breen shared or distributed the images.

Breen, who had no previous convictions, had told gardaí the reason he had denied any knowledge of the child pornography when he was arrested was because he was ashamed, said Det Garda Cotter.

Defence barrister, Sinead Behan BL told the court that at the time that he was viewing the images Breen had a number of background health issues including a concern he might have motor neuron disease.

He has since been diagnosed early onset Parkinson’s disease but was doing well on medication while he had also suffered from anxiety and depression given the delay between being raided and charged.

She said he is suspended from work with Examiner Publications and his wife has been supportive of him even though his viewing and downloading of child pornography has put a strain on their relationship.

He has gone for appropriate psychological intervention and therapeutic counselling and is deeply remorseful over his offending as he now realises that child pornography is not a victimless crime.

He had been assessed by experts as being at a low risk of re-offending and he has not come to the attention of gardaí since he was caught, said Ms Behan as she applied for leniency for her client.

Judge Seán Ó Donnabháin said it was a very serious offence but he noted that Breen had not engaged in sharing or distributing the material while he had previously been of good character with no convictions.

He had met the case openly and fairly by pleading guilty at the earliest opportunity and that was a mitigating factor while he also had to take account of the fact he was at a low risk of re-offending.

“I think the appropriate sentence is one of two years but in light of his plea and his medical condition, I will suspend the sentence,” the judge said as he imposed the two year suspended term.