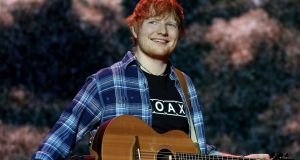 Residents in the Castleknock and Phoenix Park areas should receive some compensation from Aiken Promotions because of the inconvenience caused by three upcoming Ed Sheeran concerts, a local councillor has said.

Numerous traffic restrictions will be in place in areas surrounding the Phoenix Park as thousands of fans will attend concerts taking place on Wednesday, May 16th, Friday, May 18th, and Saturday, May 19th.

Local Fine Gael councillor Eithne Loftus said she “thoroughly disagreed” with the manner in which Aiken Promotions planned the concerts.

A note has been sent out to local residents ahead of the concerts, informing them of plans in place for the week. It states all major roads around the venue will be shut from 4pm-1am on Wednesday, but that “local access will be maintained”.

“All the tickets were sold before the licence was issued and they have not consulted with local residents who are set to be majorly inconvenienced for four nights,” she said.

“Aiken Promotions should compensate local residents in some way because of all the disturbance and inconvenience this will cause,” she said.

Ms Loftus questioned the area in which the concerts are due to be held, saying it is close to many houses and apartments.

“I am dissatisfied with the way Dublin City Council have handled this issue and have not contacted residents directly. The Office of Public works were also aware of objections but have let it go ahead,” she said.

Ms Loftus, who lives in Castleknock village, said she had to get two parking permits to park in her own driveway.

“People living in the Navan Road area and Castleknock who want to drive into town will have to go around the world due to all the traffic restrictions and road closures,” she said.

Ms Loftus also said there are concerns about the potential for antisocial behaviour.

“Many residents are concerned about potential burglaries and break-ins as tens of thousands of people will be descending on the area,” she said.

“It would be remiss of Aiken not to acknowledge the inconvenience these concerts will cause to so many people. I would like them to compensate residents in some way by donating to local community groups or to Blanchardstown Hospice,” she said.