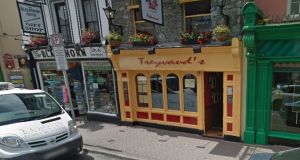 A well-known restaurateur and chef has said he will open his doors to indoor dining on July 1st ‘no matter what’.

Paul Treyvaud, who owns Treyvaud’s Restaurant in Killarney, Co Kerry and has a television show on Virgin Media, said that if he cannot open up in July for the holiday season there is no point in him opening up at all.

“There is no point opening in October or November because there will be nobody around,” he said.

“I am not an anti-vaxxer or a Covid denier. I am not asking to open up next week. I am giving the Government four and a half months. If they can’t organise the country by then, they are clearly not capable of running the country,” he tweeted .

He said he first learned that the hospitality trade will not be opening until mid-June at the earliest in an interview given by Taoiseach Micheál Martin to Radio na Gaeltachta on Saturday.

“I think it is a disgrace the way he made this announcement. Why did he tell a radio station with a small audience? Why did he not have the courage to face the nation and tell us that?”

Mr Treyvaud said he had done everything to comply with the Covid-19 regulations, but had enough when he read about some 2000 people from Brazil coming into the State without a mandatory hotel quarantine despite the potential danger from the variant of that disease which originated in the country.

“I’ve no intention of losing everything I’ve worked my life for because these idiots can’t close airports, ports or agree on borders,” he said..

“I’m so angry, annoyed and have lost all hope with the people running the show. So that’s it. I’m opening my restaurant for indoor dining.

“At least in my head I now have a date and it’s put everything at ease. I am prepared to be arrested if need be. I no longer care. I’m not a conspiracy nut job so don’t bother telling me to open up now. I’ve done the maths and if I’m not open by then, everything is gone. The problem is no longer us. It’s an incompetent Government.”

Mr Treyvaud said he hoped other restaurateurs would join him in setting a July 1st deadline for reopening which he believed was ample time for the Government to lift the lockdowns which have kept hospitality closed since December 26th.