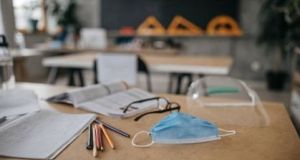 Minister for Higher Education Simon Harris is to establish a new forum to engage with staff, students and institutions on key policy areas for the third-level sector.

The announcement was made following a meeting between the Minister and trade unions representing staff in the sector on Wednesday.

Ahead of the meeting, the Irish Federation of University Teachers (Ifut) said certainty was required urgently on the reopening process for higher education institutions.

Ifut stated that an official guidance document issued last week said the response to Covid-19 involved “a rapid move to emergency remote teaching and assessment of programmes, without impacting on the integrity of qualifications”.

“It will not be possible to sustain such an ‘emergency’ mode approach for a full academic year,” Ifut said.

Ifut general secretary Joan Donegan said before the meeting with the Minister that with college reopening now less than two months away, “clarity on the ‘new normal’ of higher education must be provided without delay”.

The union did not comment after the meeting with Mr Harris.

A spokeswoman for Mr Harris said on Wednesday: “The Minister wishes to thank the unions for their time today. The meeting discussed the return to on-site learning, the new Department and the Minister’s plans to establish a new forum to engage with staff, students and institutions on key policy areas for the third-level sector.

“The Minister also took the opportunity to thank the unions and their members for their work throughout Covid-19 and the huge commitment and innovation shown.”