Beyond Brexit: Uncertainty hangs in air of Border towns

Having suffered through the Troubles, business owners worry as they await clarity 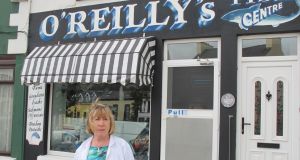 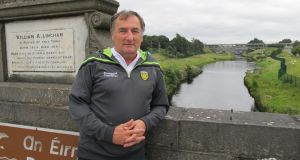 Retired bank official Shane Toolan is afraid Donegal will become even more isolated as a result of Brexit. 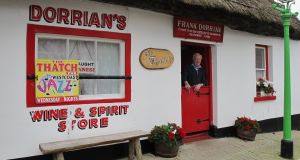 Hotelier Benny Dorrian remembers a much busier Ballyshannon from his youth. 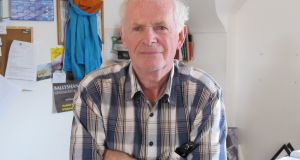 Gerry Marrifield says Donegal has survived hard times with emigration, the railways closing in 1957 and the Troubles. 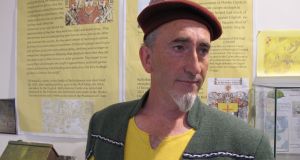 Proinsias Mag Fhionnghaile, curator of the Ballyshannon and District Museum, frequently meets visitors who “think that Donegal is in the North and... that there are still people running around with guns”. 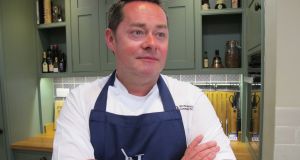 Chef Neven Maguire said he felt numb as he watched the announcement of the results of the Brexit referendum. He thinks if there was another referendum, people would not opt to leave the EU.

There is an old fishmongers in Ballyshannon, Co Donegal that has seen it all: boom, bust and everything in between.

O’Reilly’s Fish Centre, on Castle Street, has survived on the Donegal-Fermanagh border for 110 years. But other family-run businesses have not been as lucky.

“There must be at least 10 or 20 shops that are here no longer, family shops – a laundrette beside us, a hairdressers the other side, a grocery shop up the street, a pub on the corner, all gone. There was a butcher’s shop, that’s gone, a jewellery shop, that’s gone,” said owner Claire O’Reilly.

O’Reilly appreciates the cross-Border trade she gets from Northern Ireland customers: “We have people coming in here from Belfast, Derry, Enniskillen, the six counties, you name it. We don’t think of the Border since the peace process, we don’t see it.”

However, the Brexit vote has already changed life in Ballyshannon.

“We can see, even now actually, people from Belleek and other places in the North coming in and not believing that their sterling is (no longer) as valuable here,” says O’Reilly.

“Brexit will most certainly affect us if they put up a border, but I don’t believe it will happen. All of those things are totally up in the air. I don’t see any benefits to this, it simply doesn’t make sense to us living on the Border,” she says.

Growing up, hotelier Benny Dorrian remembers a busier Ballyshannon: “There were seven hotels in the town. We had banks, five bakeries, a factory for fish, it was very industrialist. There were lots of small shops on every street,” he says. But the Troubles crucified the town.

His Cork-born wife, Mary, who moved to Donegal three decades ago when the couple married, recalls: “It was like a war zone. Down in Cork it was like living in another country; people didn’t have to worry, up here they did.”

Today, she worries that Brexit could harm Donegal in the same way as the Troubles. “I think it would be fair now to have a second vote. I think there was false information given to the people. I never would have thought they would have voted for it,” she says.

However, retired bank official Shane Toolan, emphasising the strength of the links between Donegal and Fermanagh, remains positive.

“There will be changes, but you would hope that reason would prevail.” A “hard border” is not wanted, he argues.

“At the risk of sounding sarcastic, Donegal didn’t exist as far as the Government was concerned. We were up here somewhere. We don’t want to feel even more isolated with Brexit,” declares Mr Toolan.

Proinsias Mag Fhionnghaile, the curator of the Ballyshannon and District Museum, frequently meets visitors who “think that Donegal is in the North and they have this idea that it is full of trouble, that there are still people running around with guns”.

“We have suffered enough. I think you will see mass demonstrations on both sides if there is an attempt to put up a border with Brexit because Catholics, Protestants, whatever, will be totally against it,” he declared.

Little more than 20 miles away in Blacklion, Co Cavan, the scars left by conflict have not yet faded. Tattered signs are evident in some empty shops; the young have mostly left. And now Brexit has reinforced the fear of isolation.

Equally, however, there is a determination by those left to make the best of the Border village’s picturesque location, a stone’s throw away from Co Fermanagh.

Today, MacNean House and Restaurant is fully booked for the next two years but celebrity chef Neven Maguire recalls when his family’s business struggled to make ends meet.

“Business was very inconsistent during the Troubles. The house was bombed twice; that would have got headline news and it wasn’t a very nice place to come to. When you looked out our restaurant window you’d see the guards and the Customs [officers]. Nobody wanted to stop,” said Maguire.

Growing up, he watched his parents Joe and Vera worry about bills.

“I remember working when I was 17, 18 years old and there were weeks I didn’t get paid.”

Today, the well-known restaurateur, author and television star believes Blacklion’s location is a help, not a hindrance.

“We have 19 rooms, but we will fill another 15 or 20 rooms in the area,” he says. “Cross-Border trade is huge. People will travel from the North even for Sunday dinner. We do 90 or 100 for Sunday lunch each week. We are booked out until February for Sunday lunch. That has never happened before,” he said.

However, Maguire is anxious about Brexit.

“Of course I am concerned. I would be worried for businesses. Will it affect mine? I think long-term it will affect everyone. I think there is so much uncertainty and I don’t think anyone wins.

“I think people were misled, I think if there was another referendum I don’t think they would go for it. I sat up the whole night watching the results come in, thinking this was crazy. There was a numbness.”