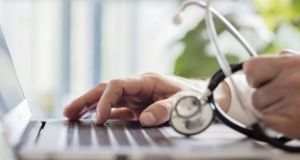 Earlier this week the State Claims Agency advised that specimens should not be accepted by private hospitals from medical specialists who had not signed up to the HSE’s proposed locum ‘Type A’ contract. Photograph: iStock

A controversial ban on private hospitals, now run by the State, from testing samples for potential cancers submitted by consultants who have not signed a public patient-only contract, has been lifted following a change in position by the HSE.

Earlier this week the State Claims Agency (SCA)advised that specimens should not be accepted by private hospitals from medical specialists who had not signed up to the HSE’s proposed locum “Type A” contract to treat only public patients. The SCA had said the move was on foot of guidance from the HSE.

However on Friday evening following strong criticism from Fianna Fáil and cancer specialists, the ban was lifted.

Informed sources said following a change to the HSE guidance, the SCA had extended indemnity to samples submitted to private hospitals by consultants who had not signed up to the contract to work only in the public system.

It is understood that the extension of indemnity by the SCA includes cases of pro bono work carried out by consultants where they had the approval of the hospital concerned.

In a notice on Friday, the SCA said the State’s clinical indemnity scheme would provide cover for full-time private practice consultants who had signed a locum Type A contract, “in respect of the examination of pathology slides/samples, radiology etc. no matter where the referral originates”.

It said the scheme would also cover such consultants in circumstances where, with the approval of the hospital concerned, they treated former private patients pro bono, as part of the continuity of care, whether in on-site or off-site private rooms.

The SCA said the scheme would provide cover to private consultants who had not signed the Type A contract in respect of their pro bono treatment of public patients in a private hospital where they the had approval of the authorities there.

The SCA also said the clinical indemnity scheme would cover fully private consultants operating as part of an incorporated practice “and where such consultants have agreed a contract of services with the hospital on terms similar to a locum Type A contract”.

Fianna Fáil on Friday had called on Taoiseach Leo Varadkar or Minister for Health Simon Harris to instruct the SCA to reverse its position that biopsies were not to be tested from consultant doctors who had not accepted a proposed temporary contract to work only in the State system.

Fianna Fáil health spokesman Stephen Donnelly said it was “outrageous and extremely dangerous for patients all over Ireland that the State would instruct histopathologists to not process biopsies sent in by some doctors.

“This could have potentially fatal consequences for patients,” he said.

Nearly 20 private hospitals have effectively been taken over the by the State for three months to deal with the current Covid-19 crisis. However close to 300 private sector medical specialists have not signed up to work only in the State system.